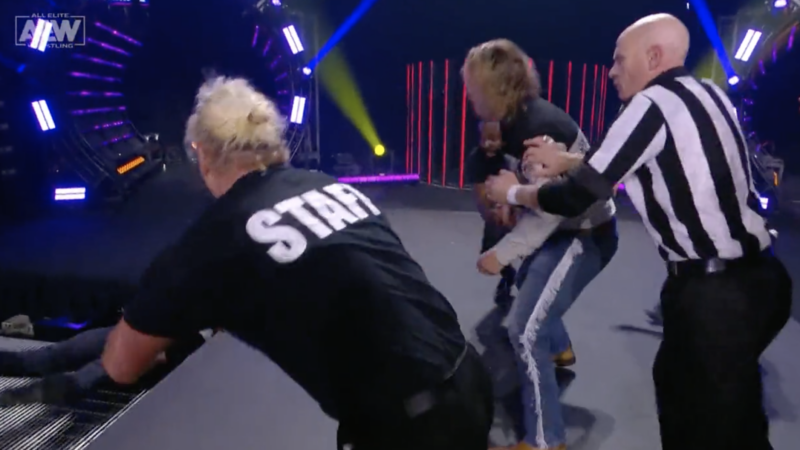 Jon Moxley fell off the stage during a brawl with Hangman Page on AEW Dynamite, as fans pointed out on Twitter.


#Hangman @theadampage is BACK! And he's making a direct beeline for @JonMoxley!

Tune in to #AEWDynamite LIVE on TBS! pic.twitter.com/FdRBNKtyPt

Moxley tripped trying to get Hangman at the top of the ramp, but got back up to finish the brawl #AEWDynamite

William Regal was released by WWE back in January of this year. He then made his way to AEW during the Revolution pay-per-view in March. Recently, the topic of his contract became a topic of discussion.

While speaking on Wrestling Observer Radio, Dave Meltzer went into detail regarding William Regal’s contract. Meltzer noted that Regal’s WWE return is still in play despite his 3-year contract.

“William Regal when he signed, which was only in April or May, said that he signed for three years. Now, something is going on but I’m not sure of all of the details.

Actually I’ve been told a lot of stuff but most of it was off the record. But the basic gist of the situation is I don’t know what he’s doing as far as if he’s going (to WWE), if he’s staying (with AEW).

But I do know that it is something that has been talked about, so either, there’s something in the contract… because a three-year deal, Tony Khan has not let anyone out early so far. That doesn’t mean he never will, but I don’t know what the situation is.

The fact that he said he was signed for three years, that doesn’t mean I’m saying… because some people are like, ‘Oh that means he’s for sure not leaving and there’s no story here’ – there’s something going on.

But I do know that there’s… it’s something that’s in play. But he said his contract is three years, so in theory, that would tell you that he couldn’t do anything until April 2025. So that’s basically what I know, – what I can say, put it that way.”