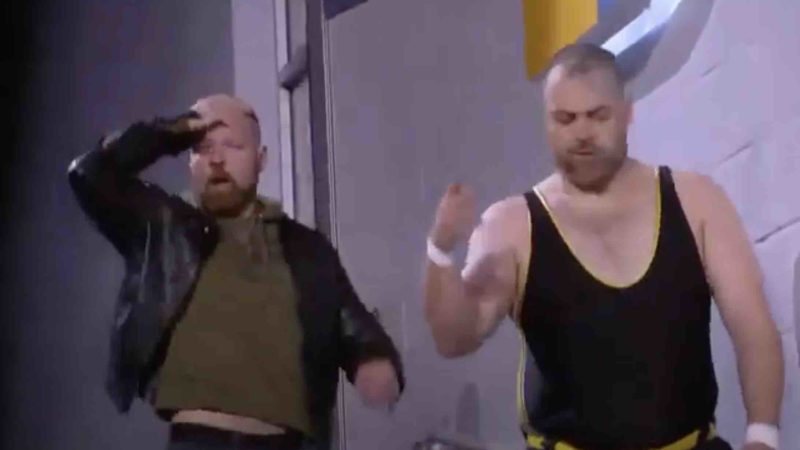 Are Jon Moxley fans looking an refund of a lifetime? This week’s edition of AEW Dynamite is certainly one of the books as it’s the War Games-inspired ‘Blood and Guts’ edition of AEW’s flagship program. However certain fans of All Elite Wrestling believe they aren’t getting their money’s worth. One fan vented his frustration to a Facebook group proclaiming that he will never spend money on an AEW event again. An AEW Dynamite ‘wardrobe malfunction’ leaked.

The fan wrote that the ring for the the Blood and Guts special is allegedly taped for the first hour. This lead the individual to write: “‘I’m at Blood and guts. Notice the ring is empty and on the screen there is wrestling first hour is taped and the second hour is live and I spent $$$$. Most I ever spent. Never again.” Jon Moxley and Eddie Kingston’s tag victory against Kenny Omega and Michael Nakazawa was shown on a screen to fans. Tony Khan had said matches would be shown on screens, so apparently everyone did not read the news. Was Jon Moxley ‘injured’ with this WWE diva?

In other news regarding Jon Moxley, current WWE NXT champion Karrion Kross proclaimed that he wants the former AEW World Champion to return to WWE as there is ‘unfinished busines’ between the two. Credit to Sportskeeda for the following.

“I’ve got to say Finn at the top, as of right now, for sure. Tommaso Ciampa definitely is one of them. I better not get in trouble for this, but Jon Moxley, Dean Ambrose. I have to say it; I hope he comes back one day. I think he will, I’m not, not that I would know, or nothing’s been said because, you know, people go crazy with that, but I hope he comes back one day. If he does, he is going to have to go through me, and he knows that. We have some unfinished business,” Kross said.