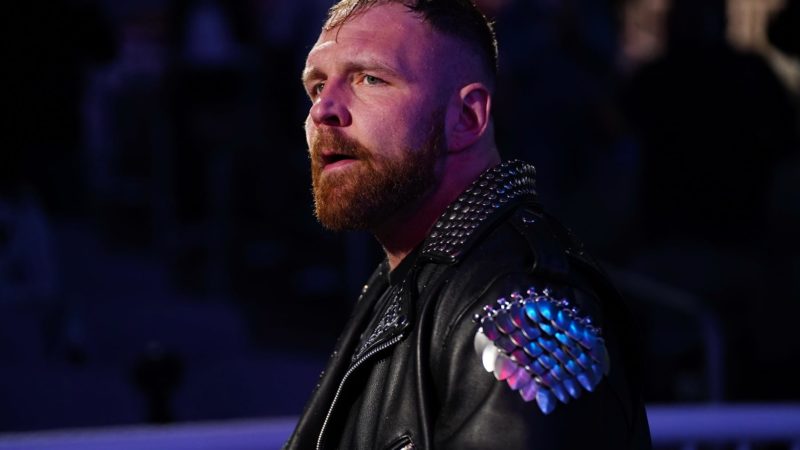 Jon Moxley defended his AEW World Title against MJF at Full Gear pay-per-view. Moxley failed to retain the title as fans were shocked with the developments. The Blackpool Combat Club manager William Regal turned on Jon Moxley and assisted MJF to defeat Moxley to become the new champion. Following the match, Moxley was furious with the way things turn out.

Jon Moxley had a meltdown with Bryan Danielson

After AEW Full gear went off the air, a fan took to Twitter and uploaded a video, which showed the members of the Blackpool Combat Club Claudio Castagnoli, Wheeler Yuta, and Bryan Danielson consoling Jon Moxley, as they explained what happened. Moxley was visibly irate after learning of William Regal’s betrayal. Regal had tossed a pair of brass knuckles as MJF used it to win the contest.

After MJF big win, the Blackpool Combat Club – Claudio, Wheeler Yuta, and Bryan Danielson, came over to comfort Jon Moxley and explained to him what had happened. #aew #andnew #aewfullgear pic.twitter.com/aOazootLkC

MJF joined the event’s post-show media scrum, doing so in a different fashion than previous champions. “The Devil” stormed into the scrum as AEW Owner Tony Khan was speaking, shouting about how the times “are changing” now that he’s AEW World Champion.

“Let’s talk, shall we?” MJF said. “AEW is now destination television once again, the ship has been steered properly. Once again, this belt is now the most important belt in the entire sport and it stands for three letters and it damn sure ain’t AEW, I know for a motherf***ing fact it ain’t MOX, it’s MJF.”

You morons bit on every single word I had to say this past couple of months,” MJF said. “‘I want to earn it, I want to…’ F*** that. I deserve it because I’m the best wrestler in the f***ing world and every single one of you knows it. On the microphone, in the ring, nobody can touch me, that’s a fact, nobody is on my level. And then you guys still believe me when I put over this motherf***er [points at Tony Khan], grow the f*** up, no offense [Tony], grow up.”