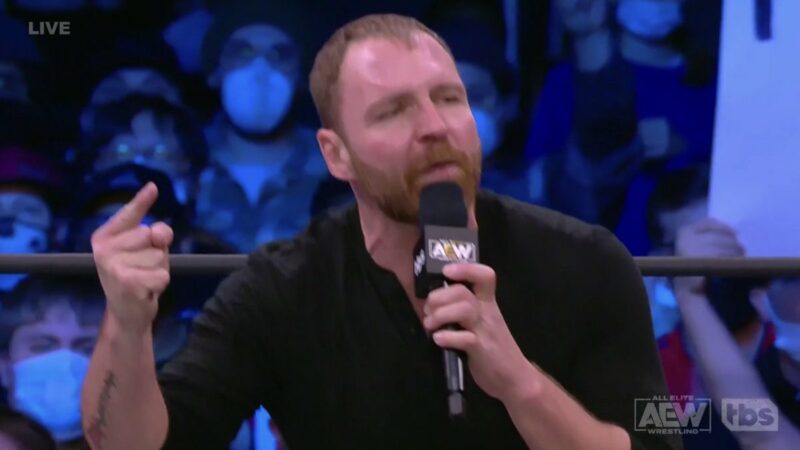 Jon Moxley is a former AEW World Champion and has been one of the top stars of the company. Well, it seems he tries his hands on different roles in the company. Saraya(formerly Paige in WWE) recently revealed that Mox helped producing her segments.

Saraya opens up on Jon Moxley

Saraya wrestled her first match back after years off against Britt Baker in a winning effort at Full Gear pay-per-view. Now, Saraya sat down with AEW’s Unrestricted podcast where she revealed that Jon Moxley has helped her after her first promo. Here is what Mox said to Saraya:

“I’m going to f***ing make sure that we make this as best as possible. I want to help you.”

It was also recently announced that Moxley signed a contract extension with the company that runs through 2027. The five-year deal doesn’t just extend the three-time champion’s time as a wrestler with AEW, it also expands his role into mentorship and coaching.

Jon Moxley defended his AEW World Title against MJF at Full Gear pay-per-view. Moxley failed to retain the title as fans were shocked with the developments. The Blackpool Combat Club manager William Regal turned on Jon Moxley and assisted MJF to defeat Moxley to become the new champion. Following the match, Moxley was furious with the way things turn out. Moxley was visibly irate after learning of William Regal’s betrayal. Regal had tossed a pair of brass knuckles as MJF used it to win the contest.