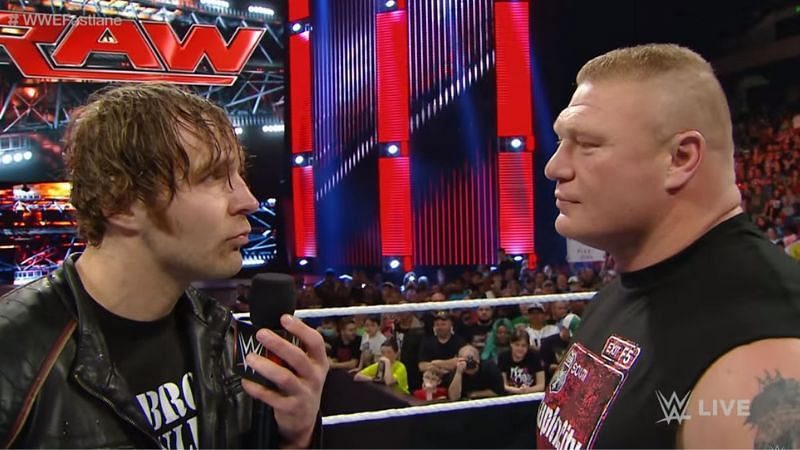 While the professional wrestling world cannot get over the fact that Paul Wight, formerly known to audiences as ‘The Big Show’ by his now-ex employer WWE has signed a multi-year contract with competing promotion All Elite Wrestling, this has triggered another major questions that has been on the minds of fans across the globe – Who will be the next name to jump over from WWE to AEW? This Brock Lesnar AEW title match was newly teased.

During a recent interview with Inside The Ropes, former AEW World champion Jon Moxley answered this after he was asked about if he would like to see another major free agent – ‘The Beast’ Brock Lesnar join the All Elite Wrestling roster. Lesnar has not been seen on wrestling television since losing the WWE Championship to Drew McIntyre during night two of WrestleMania 36 – which took place at the WWE Performance Center in Orlando, Florida.

Moxley was bearish on the possibility of Lesnar joining All Elite Wrestling however, as he told journalist Gary Cassidy during the interview, and if he’d wrestle him again: “Sure. I don’t think that’s going to happen, but sure.”

During the same interview, Moxley brought up a surprising name that he would like to see join the AEW roster – WWE Hall of Famer, Christian. He stated the following shortly after the question regarding Lesnar.

“I’ll tell you, a guy I’d like to see here is Christian. I don’t know if that was a one-off for him in the Royal Rumble but he looked frigging good to me, looked like he was in great shape, he looked sharp, man. I’ll tell you, he’s one of the guys that’s – the wrestlers know it more so than anybody – Christian is so good. Like, his brain and his execution, and his mind for wrestling is just like next-level.” Jon Moxley recently reacted to a potential WWE return.

Credit to InsideTheRopes for the quotes.