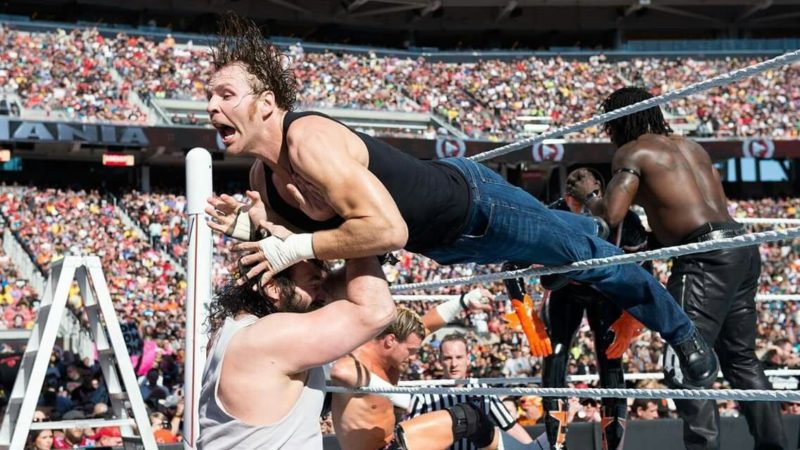 The former AEW Champion Jon Moxley recently had an interview with Sports Illustrated where he opened up about the sudden death of the former AEW and WWE star Brodie Lee.

Moxley, who wrestled Lee in both WWE and AEW said that the news of the former WWE star’s death doesn’t feel real and in the interview taken this past Sunday, he said that it feels like a very vivid dream:

“It doesn’t feel real, It feels like I’m in a very vivid dream and I’m waiting to snap out of it. My brain hasn’t accepted it yet. Right now, I’m completely f—— numb.”

Mox then recalled a spot he did with the former Luke Harper during the WrestleMania 31 ladder match for the IC title, which bugged out Vince McMahon:

“We wanted to make the highlight reel,” Moxley said of the match. “We figured the only way we could do that was if I nearly killed myself with a death-defying bump. So we devised this spot where he powerbombs me from the ring to the floor through a steel ladder, and that’s f—— sketchy. It’s an extremely dangerous bump, going backward at a high angle. It was a gnarly bump. Vince [McMahon] bugged out. He thought I was dead, which meant it was a good f—— bump. And we made the highlight reel. I maintain to this day that I would not have trusted anybody else on the planet with that bump. I put my life in his hands, and I walked away.”

Apart from this, Jon Moxley also explained how Brodie Lee was a great person in real life who turned negatives into positives and how he was a great family man. You can check out the full interview at this link.