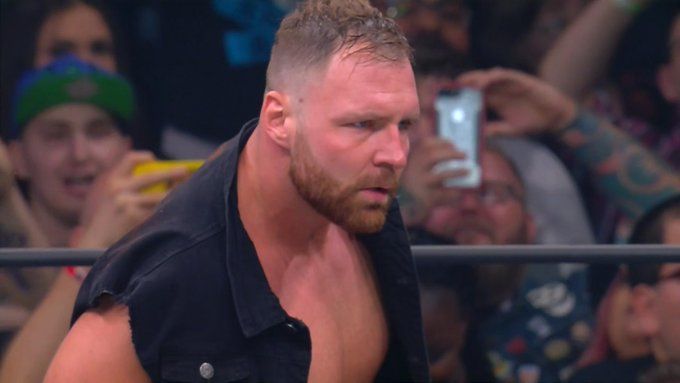 Jon Moxley has been making headlines since leaving WWE and it includes his participation in the reputed G1 Climax tournament of New Japan Pro Wrestling.

Moxley picked up his third win of the tournament on Friday when he defeated Tomohirio Ishii in a highly praised match at Korakuen Hall in Tokyo, Japan.

Jon cut a promo after this bout and referencing his WWE career the former World Champion said that few months ago his career was in the toilet bowl:

Let me tell you something, see you can’t understand everything I’m saying, But a few months ago, my career was pretty much in the toilet bowl and then you guys welcomed me over here to Japan, made me feel like I’m party of the family, gave me this canvas on which to paint ugly, gruesome works of art, so I thank you for that.

Later in the interview, he also referenced his wife Renee Young, saying that his wife is going to be very mad at him because she hates tables and s—.