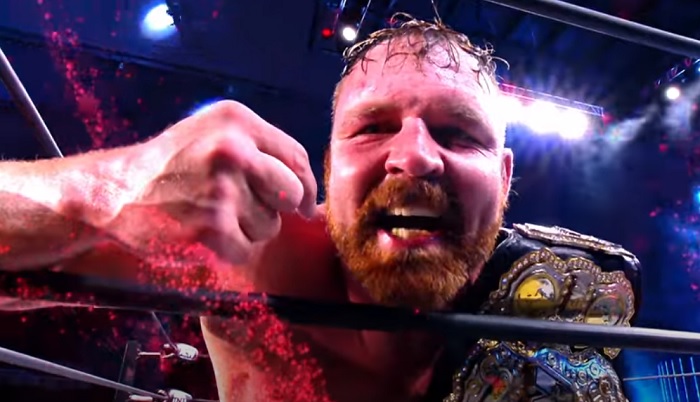 Jon Moxley is a lot like CM Punk. Neither have been afraid to say what’s on their mind, especially when it comes to their time that was spent in the four walls and the four corners of the ring that are the WWE…Vince McMahon ‘Angry’ With WWE Announcer.

On the newest episode of ‘Dark Side of the Ring’ that premiered its episode on the very controversial, Nick Gage on Thursday, May 13, we were shown a bloodbath of an episode that looked at the life and career of Gage, a legend in deathmatch wrestling and the reigning GCW World Champion.

The episode featured comments from former AEW World Champion Jon Moxley, who praised him especially for his ability to connect with the fans of professional wrestling.

Mox said the following: “He’s not going to stop, and I’m not saying he should. He has the number one talent you need. It’s not biceps, it’s not abs, it’s the ability to connect. Vince McMahon would f*****g kill to have one person with that connection to the audience that Nick Gage has. I kind of think his story is just getting started.”

Gage didn’t seem as sure that his story is just getting started, saying he was going to die “sooner than later” and that he’s “cool with that.”

Special thanks to Fightful for the transcription.