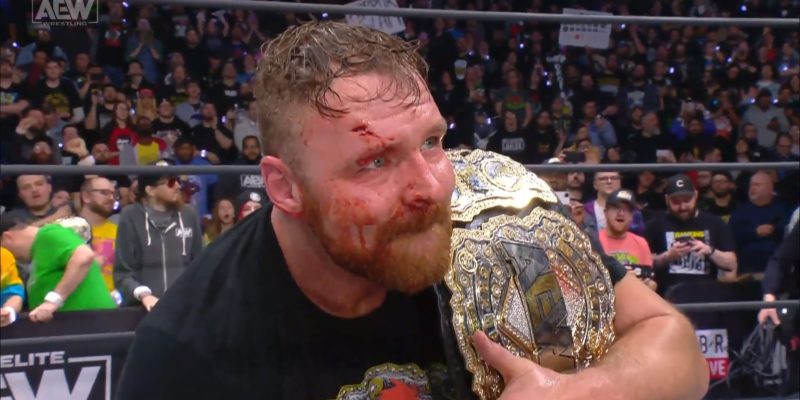 As seen at AEW Revolution, Jon Moxley stuck to his promises and made history by winning the AEW World Championship off Chris Jericho in a hard-fought main event.

Following his intense battle with ‘Le Champion’, Moxley interacted with the media and was asked about a potential rematch against Jericho at some point down the line. MOX responded by stating that he believes his path with the former champion will eventually cross sooner rather than later and claimed that he is ready for anybody to step up to the plate.

Moxley then brought up Cody Rhodes, who at Revolution suffered a loss at the hands of MJF, as ‘The Death Rider’ said that he doesn’t want to live in a world where people would claim that he beat everybody apart from Cody and teased the possibility of a match between the two men in the future.

“If he feels he can beat me, he better d**n sure he can expect to get in the ring with me. We’re going to waive the little rule. That’s a cop-out, that’s a way out. If he thinks he can beat me, I insist he’d give it a try.”

With Moxley finally capturing the AEW World Title, it now remains to be seen what’s in store for the new champion and who his first opponent turns out to be.