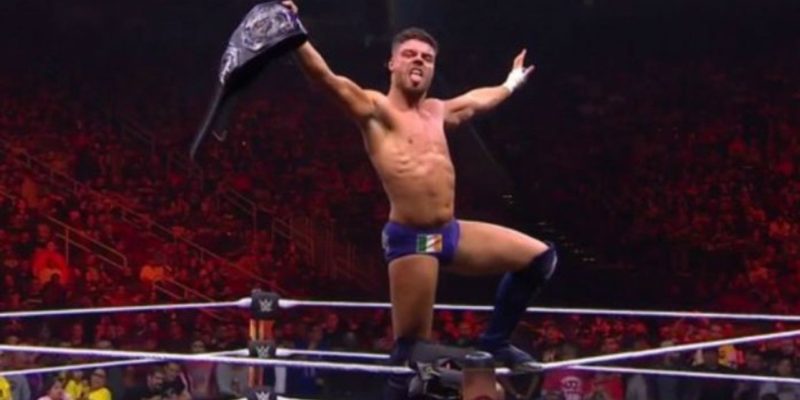 Ahead of this week’s PROGRESS Chapter 103 event, reigning NXT Cruiserweight Champion Jordan Devlin revealed that he is currently dealing with elbow bursitis that has forced him out of in-ring action for about a week or so.

Devlin, who is also one half of the current PROGRESS Wrestling Tag Team Champions, was scheduled to defend the tag titles along with his partner Scotty Davis against the duo of Anthony Henry and JD Drake at PROGRESS Chapter 103. However, ‘The Irish Ace’ had to pull-out from the event and was eventually replaced by Eddie Kingston.

Sorry to the @ThisIs_Progress fans and mgmt for missing #Chapter103 today. V.strenuous schedule lately and picked up a bit of elbow bursitis. It'll be fine in a week or so, I just didn't want to risk infection or aggravating it and prolonging my time out. See you guys soon. 😓

Devlin won the PROGRESS Tag Team Titles alongside Davis back in September and became a double-champion when he won the NXT Cruiserweight Championship at the Worlds Collide event in January. The Irish sensation was recently seen in action against Lio Rush on last week’s edition of WWE NXT when he successfully defended the Cruiserweight Title against the former champion.