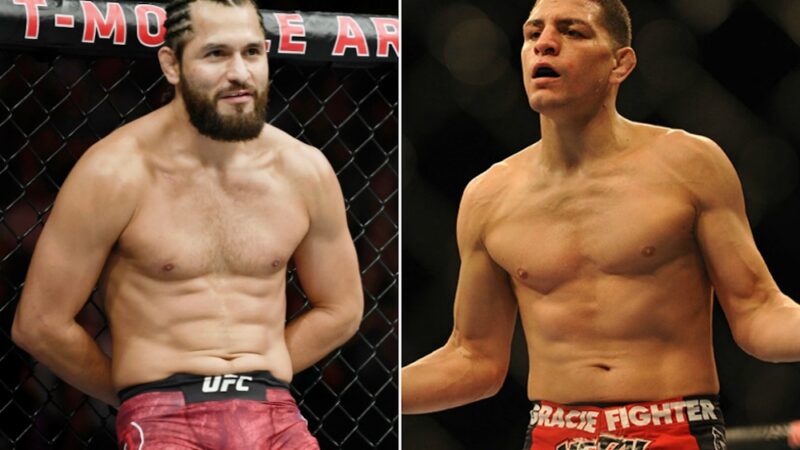 Diaz battled Lawler in a five-round bout at UFC 266. He was unable to respond to the referee’s call after sustaining a great amount of damage from Lawler. Thus, Lawler bagged the fight with a TKO victory. Joe Rogan ‘Sexually Harassed’ UFC Star?

In a recent interview with MMA Uncensored, Jorge Masvidal gave his take on Diaz’s performance against Lawler at UFC 266.

“I’ve watched Nick fight a ton. I like Nick Diaz as an athlete, as a fighter… I don’t know where he’s coming from. I don’t know if he needed the money, because like (Dean Toole) said, it didn’t look like he wanted to be that way. It didn’t look like he wanted to be there in fights. So maybe he’s coming from a different place that I don’t understand when you got to get a paycheck. God bless him. But as far as Nick Diaz that we’re used to seeing is concerned, he’s not the same guy.”

Masvidal further stated how Diaz had already cemented a legacy of his own while performing at his peak. He stated:

“Obviously, I would want to see him come back 100 percent healthy, 100 percent in shape, ready to do that for three rounds or five rounds, whatever the contract dictates… I would just like to see him back in there but with a full tank of gas. If not, I don’t want to see him tarnish his legacy because he does have a great legacy.”

Check out the interview below: