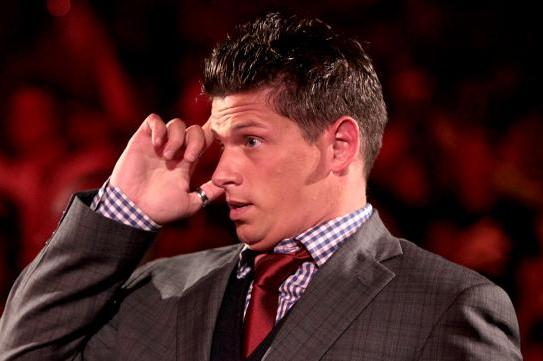 – During Monday’s RAW, former WWE announcer Josh Mathews replied to a fan who asked Mathews if he would be interested in returning to WWE and replacing Byron Saxton. Mathews defended Saxton and said he’s not interested in WWE because he wants to start calling wrestling matches again.

Another fan asked if Mathews really has no interest in returning to WWE. Mathews replied:

“no, I wouldn’t. PLEASE stop thinking those of us in that biz have zero options. I WORK TV. NOT WRESTLING.”

A few minutes later, a fan wrote that they would like to see Mathews vs. JBL. Mathews replied:

“pretty sure @JoeyStyles already beat that dude up.”

Mathews was referring to reports of Joey Styles knocking out JBL while WWE was on tour in Iraq in 2008. The story was that JBL had been hazing and bullying JBL the whole tour, leading Styles to snap and deck JBL. JBL was left with a black eye and a cut under the eye.