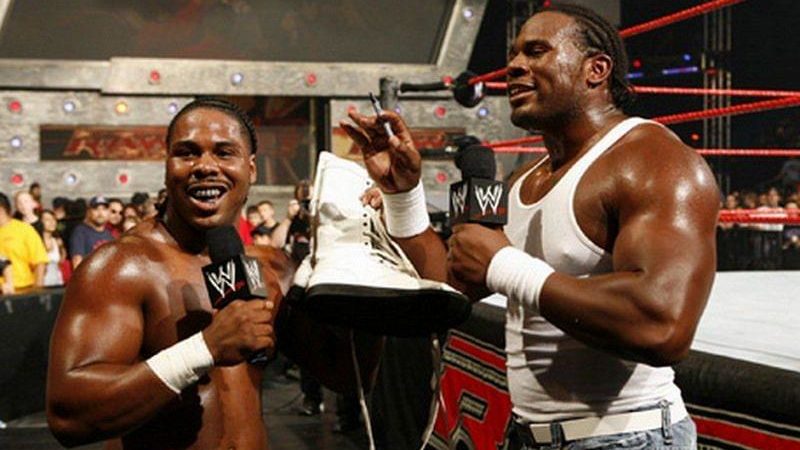 In a horrific tragedy this year, the wrestling world lost Cryme Tyme member Shad Gaspard. The former WWE Superstar’s last moments were made saving his child before succumbing to a riptide that dragged him out to sea.

Days went on, with many hoping and praying that he’d be found alive, but unfortunately, that was not the case. Now, six months after his untimely passing, his long-time tag team partner and best friend JTG sat down with Chris Van Vliet to reminisce about the good times he had with Shad.

JTG said that he thinks about Gaspard every single day and that Gaspard was one of the best men he’d ever known.

“I don’t know if a lot of people know this but me and Shad were best friends. We were like brothers. You know, we were pretty much like family. I spent a few Thanksgivings with him and his family. If I had an issue or financial problem or if I just had like personal problems, you know, he was there for me. He was always there for me.

I remember when I was going through my separation from my ex-wife. He could tell. We’ve been around each other for so long that we just know when something’s wrong. I was trying to hold it in but he got it out of me. We went to the gym and I was out of it and he was like ‘Come on, let’s go. We’re not working out right now.’ We went to the beach and he was like, ‘Let it out. Let it out, talk to me.'”

JTG said that Shad helped him move forward in a good way, and that was just one of many moments where Shad pushed him forward in life.

When it comes to WWE, JTG feels that Shad Gaspard should be honored with the Warrior Award.

“He definitely should. I don’t know what’s a bigger heroic act than putting his life on the line for his son. But honestly, he would have did it if it was another child. If it was me, he probably would have did the same exact thing.”