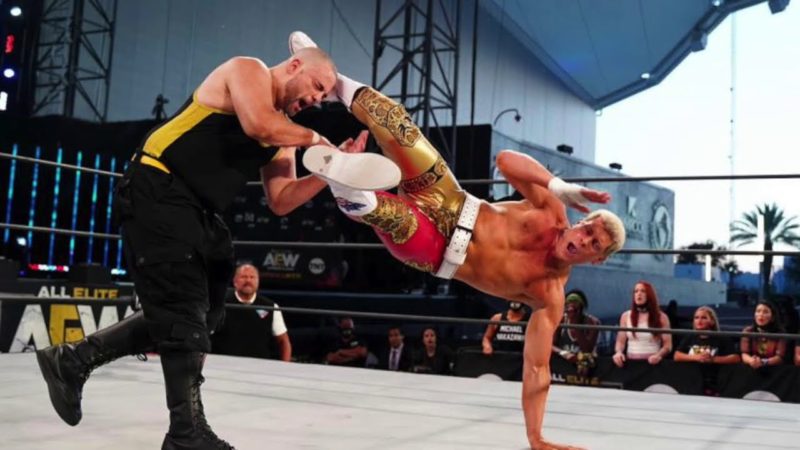 Since winning the TNT Championship, Cody Rhodes has been on a winning streak. Weekly title defenses have seen him take on some great talent, whether they be AEW stars or not. This past week, he took on Eddie Kingston, which went so well that fans demanded Kingston be signed.

This week, Cody Rhodes will be defending against WARHORSE, a man fans have been clamoring to see in an AEW ring. However, it looks like another wrestler may have thrown his hat into the ring.

Former WWE Superstar and one-half of Cryme Tyme JTG made a post on Twitter, throwing up some fanart of a match graphic for him and the TNT Champion. Another one of Cody’s challengers, Sonny Kiss, is a fan of the idea.

It would be an interesting match up. However, Cody Rhodes will have to get through WARHORSE on Wednesday before focusing on the next contender.