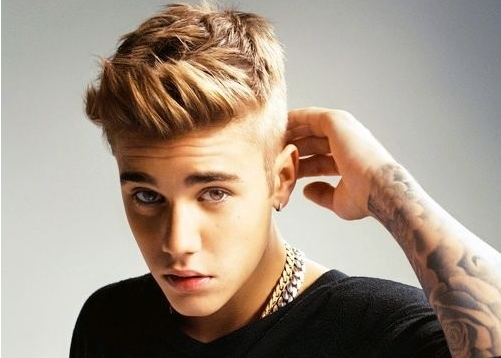 The trainer of veteran boxer Tyson Fury recently made some huge comments on popular singer Justin Bieber. The YouTuber-turned-pro-boxer Jake Paul had emerged in a scene and put up some big money fights despite the controversies and criticism. Now, Fury’s trainer wants Bieber to be the next Jake Paul.

Tyson Fury’s trainer, SugarHill Steward, believes that it is not far when Bieber might step foot inside the ring. Steward said he would agree to train Bieber to make him a better boxer, thus following in the footsteps of his late uncle Emanuel, who long ago taught Eminem how to box.

“I would definitely have Justin Bieber in camp because Emanuel [Steward] was teaching Eminem so it’s no different. I like to teach and it doesn’t matter who I teach at this point. I just like teaching, I enjoy it,” Steward told Betway.

Steward believes he could turn the singer into a very good boxer, noting that so far he has worked hard to learn more about the sport:

“I would be very open to not only teaching Justin Bieber how to box but teaching him how to knock guys out. I think he’d get on well [in the gym]. He’s a successful entertainer so he’s worked hard to get to this point. So being in camp would not be anything less than he’s been doing his whole life. In my training camp we also have fun. It’s a family-oriented gym,” the coach said.

Faced with the possibility of Bieber sparring with Tyson Fury, Steward assures that it is a nonsense idea, but in his gym there are many other fighters with whom the Canadian can improve his skills.

“I don’t know about Tyson Fury but I’ve got some other world champions Bieber can get in there with. Definitely, Bieber can learn something from being in the ring and sparring with champions,” Steward said.

We will have to see if Justin Bieber enters the pro-boxing scene.