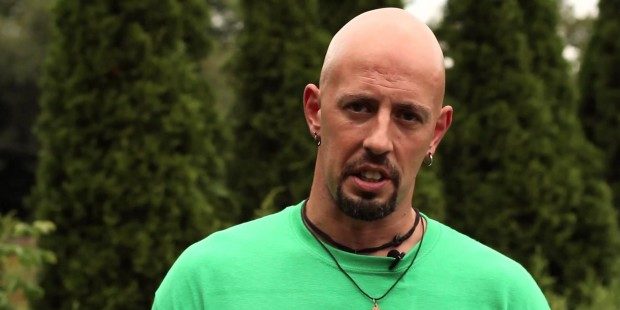 “Paul told me about ten minutes before the show. It was such a unique situation because Taz had come back and beaten Mike Awesome who was going to WCW and Taz who had gone up to Vince and WWE actually came in and beat Mike Awesome. Then Tommy Dreamer gets his shot at the ECW Arena in Philadelphia and after he wins it I hit the ring, challenged him, hit him with a stick, dumped him on his head and I was the ECW World Champion. Tommy was the shortest reigning ECW Champion of all time. Tommy was and is one of the most unselfish guys in the business. His job was to get people over. He would get over more with the fans by losing then he did winning, he had the sympathetic thing where he got his ass beat and kept fighting and getting up and that was his thing and he made a lot of superstars that way. He made me, he made Steve Corino, CW Anderson. He made so many wrestlers and that’s how he did it by being unselfish.”

On working with Jerry Lynn:

“Paul Heyman put Jerry Lynn and I together for my first match in the ECW Arena and it was Jerry’s as well and it was really just a match to get me over. We got a long well, worked very well together and Paul saw the chemistry there and it grew. We started that program there and Jerry Lynn is probably the most underrated and talented wrestlers in the world. I would say he is in my top 20 all time and definitely one of the best I’ve ever been in the ring with and I’ve worked with John Cena, The Rock, Steve Austin, Shawn Michaels and Razor Ramon.”

On what he learned working with Lynn:

“Jerry taught me a lot. That style of wrestling I had never done. Almost like a Japan style with innovative high spots and a lot of stuff that was not being done. It was something that the fans enjoyed, to see a guy like Jerry and a bit of a brawler in me using the Kendo sticks and the tables on Jerry which we did incorporate in a very unique fashion so the styles worked well together and if you can’t have a good match with Jerry Lynn you can’t have a good match.”