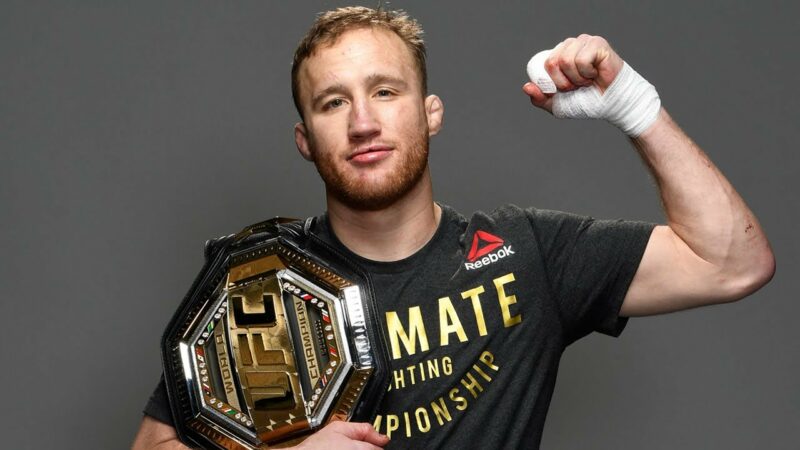 Former interim UFC lightweight champion Justin Gaethje recently opened up on a mishap. He revealed that he was involved in a bicycle accident just days ahead of his title bout in May.

Justin Gaethje talks about the matter

Gaethje faced former champion Charles Oliveira for the lightweight title in the main event of UFC 274 on May 7 in Phoenix. While speaking on unknown challenges that fighters face throughout their careers, Gaethje revealed for the first time that he was involved in a bike crash prior to the bout against Oliveira, resulting in a number of physical issues.

Gaethje made it to the fight with his wounds healed and competed against Oliveira, who won the contest by rear-naked choke submission in the first round. Although the result was not what he hoped for, Gaethje has no regrets about how he handled the situation, and said the thought of pulling out of the fight never crossed his mind. However, he did admit the moment of fighting in front of his hometown crowd got to him.

“My dumb ass, 18 days before I fought Charles, I was riding my bicycle to the gas station to get some nicotine pouches and I had like a vicious crash on my bike,” Gaethje told reporters at a news conference on Thursday. “Smoked my head off the road, road rash all down my back, and then go in there and take that damage I took in that fight. That’s why I’m taking so much time off.

“It’s just crazy what we go through. Each and every one of us has different circumstances that we go through. That was such a hurdle in my last (fight). As soon as it happened, I had to go home and act like it didn’t happen. Act like my vision didn’t go 100 percent f*cked up for two seconds. That’s what we’ve been doing since we were kids, you put that doubt aside. As soon as it happened, it’s like, ‘OK, what do I do next? How do I continue to improve and continue to be ready for this fight?’”

Gaethje said he had to compromise with the accident and focus on the task ahead, considering the amount of work he already put in during fight camp to fight for the undisputed UFC title.

“I wasn’t doing anything stupid,” Gaethje said. “My pedal snapped off when I was riding. Crazy, crazy, crazy. Stupid is what it was. … I was 12 weeks into a camp. I was thousands in – all I know is to compete. I don’t let myself feel anything. I try to take away all of the emotions. So, I’m constantly either running from it or feel like I can control it. But in that instance, it was just like, ‘I f*cked up, this is not good.’ I didn’t feel compromised, like, externally, not even internally. At that moment, I was ready for war.”

As for when he plans on returning to action, Gaethje hopes to compete on the same card as his teammate and former welterweight champion Kamaru Usman, who could be fighting in March 2023.