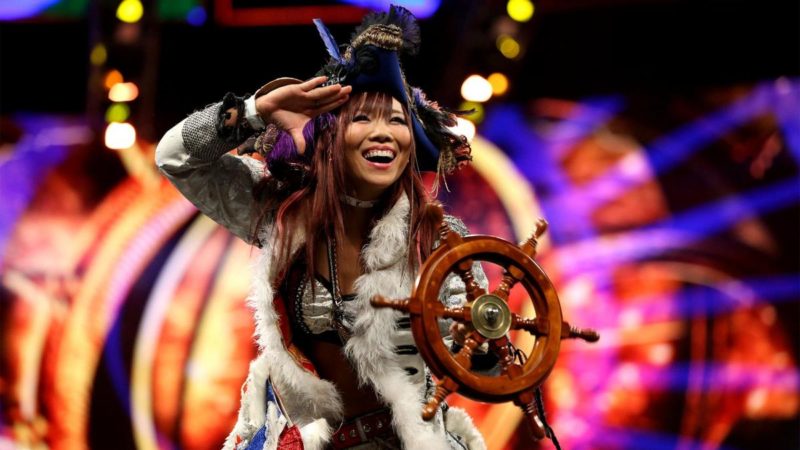 Kairi Sane, the former WWE star revealed her future plans with the company. She does not perform in the company anymore and moved to her home in Japan to be with her husband. But, it seems she has not left WWE for good.

Kairi Sane, the former Mae Young Classic tournament winner took to Twitter to share an update with the fans. As noted, in her Tweet she addressed herself to be a WWE superstar. She added that she “will train and support WWE from Japan”.

“This is Kairi Sane from WWE. I will report on future activities. In addition to continuing to belong as a player, I have been given the role of a new WWE promotion supporter in Japan, and will resume activities based in Japan. Thank you for your continued support.”

Kairi Sane’s spell in WWE and hints of new endeavors

Kairi Sane joined WWE in 2017 and took the yellow brand, NXT by a storm. ‘The Pirate Princess’ went on to win the NXT Women’s Championship defeating Shayna Baszler at NXT TakeOver: Brooklyn IV.

She has also held WWE Women’s Tag Team Championship with Asuka, together being known as The Kabuki Warriors. WWE bade farewell to ‘The Pirate Princess’ with a tribute video.