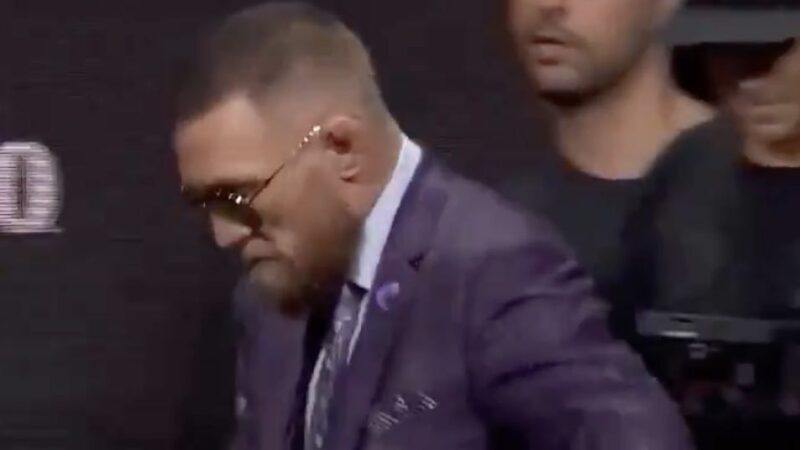 The former UFC welterweight champion Kamaru Usman recently shared his honest take on his daughter crying cageside at UFC 278. He also responded to critics like the former UFC Double Champion Conor McGregor about his decision to bring her to fights.

The MMA world was shocked as Usman suffered an upset defeat to Edwards at UFC 278 just weeks ago in Salt Lake City. With just under a minute left until a likely victory for Usman, Edwards caught him with a head kick that resulted in him suffering his first career knockout defeat.

Usman was the pound-for-pound No. 1 entering the rematch with Edwards. He defeated Edwards in their first matchup via a unanimous decision in 2015 after winning The Ultimate Fighter Season 21.

It had been nine years since Usman left the MMA cage without a victory, with his first loss coming to Jose Caceres at CFA 11. While he continues to take the loss, he experienced real emotions when seeing his daughter’s reaction to his stunning defeat.

In a recent appearance on The Joe Rogan Experience, Usman gave his thoughts on his daughter’s reaction to one of the few low moments of his career.

“The camera pans into the audience, and it showed my daughter cry,” Usman said. “She cried, and it was the weirdest thing, it was an instant trigger response. My heart, like I wanted to cry just seeing that. As a parent, as a father… when they’re sick or something’s bothering them, you should feel it, it hits your heart. When my daughter was crying, it got to me like oh shit, I didn’t like seeing that.”

Usman would go on to address McGregor’s comments about bringing family to fights:

“I think Conor had tweeted something and was blasting me about it, for bringing her to the fight and this and that. And f*** no! (Critics) don’t understand it. They’re just in a low level of thinking to where they don’t understand like, absolutely I’m going to bring her. My daughter’s not only gonna see when daddy’s victorious and daddy just continues to beat everybody and daddy gets to put her in the best school or whatever she wants. No.

“My daughter has been going to the gym with me ever since she was six months old. So she understands that, and she’s OK with it. That’s why she can watch my fights. But I’m not only gonna bring her because daddy’s victorious. I am blessed right now with an opportunity to show my daughter that, ‘Look, you can fall down and look how you can get back up.’

“And to see people like Conor, who actually does have children, say something like that, it was like, Man, you’re missing the mark big time, bro. You’re missing it big time.”