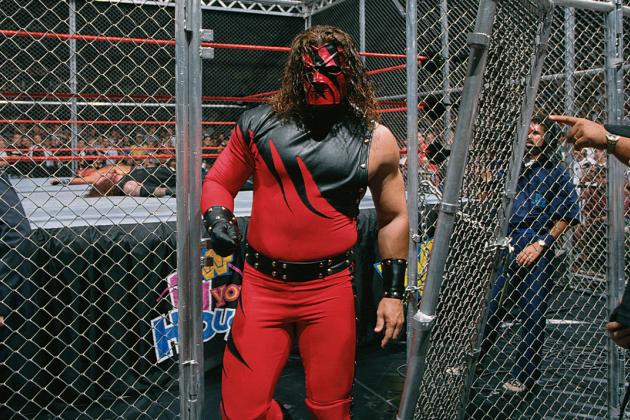 Kane has been in WWE for over two decades now as The Big Red Machine. However, Glen Jacobs has been around for much longer. A couple of years before he became Kane, Glen used to work in other gimmicks such as a dentist named Isaac Yankem and imposter Diesel.

Jacobs joined  X-Pac 1,2,360 podcast, where he looked back on his failed gimmicks.

“Conceptually [fake Diesel] sounded pretty cool, but it just didn’t take off that way and I don’t think the audience really ever got behind it. But again, for me it got me more experience and I was determined to make that succeed.

“As for the Isaac Yankem character, it didn’t succeed the way I wanted it too. It was due to me, [as] with the fake Diesel character, it was the fact that it was never meant to be. But I felt I had done my part to make it as successful as I could have made it.”

The Isaan Yankem gimmick came during 1995-96, a time when WWE had many inflated gimmicks such as Doink the Clown and Duke “The Dumpster” Droese.

“[Isaac Yankem] came out in a time where WWE was shifting philosophies, where we were going from a purely PG product and getting into much more edgy and the Attitude Era was still a couple years away. But I was kinda the last of the over-the-top characters we had… Frankly, I never got into the character. I always make the pun that I couldn’t sink my teeth into it [laughs].

“It wasn’t me, and I couldn’t make it work plus I was still pretty green at that point. I was still trying to figure out my way around through this whole thing. And here I was in WWE… and I am in the ring with these guys that I’ve watched on TV… You know, ‘ Oh gosh what am I supposed to do?’ And you can’t have that attitude, I mean you have to have the attitude of ‘I belong here’ and I didn’t have it at that point. It was certainly not my favorite character but now they’ve made a wrestling action figure out of it so I have to like it [laughs].”

Jacobs became Kane in 1997 and has been working with that gimmick ever since. While there is still some similarity between the current Kane and when Kane was first introduced, the character has evolved over the years. Jacobs credits X-Pac with helping him with that and allowing fans to see a different side of Kane.

“It was great. It helped me out tremendously. Because up until that point Kane had just been like an emotionless monster and what that did for me, our tag team, was it really helped round out my character because it showed that Kane has feelings and all that stuff which I never had before.

It humanized me enough that people could relate much better…. And all the stuff we got to do man, it was a blast, and like you said a lot of times when you have tag teams that are bookends, having something that contrasted so much and was so unique… We could have great matches with anybody.”