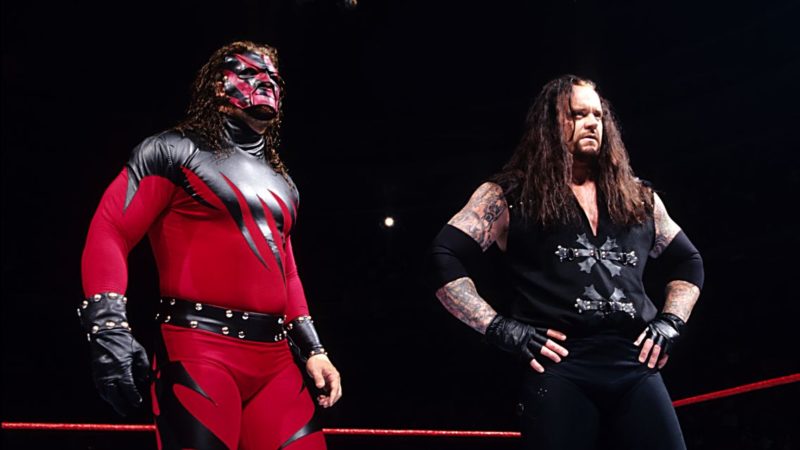 Kane and The Undertaker were basically attached at the hip throughout their respective runs with WWE. The Brothers of Destruction, whether allies or enemies, were integral to one another’s careers. Because of that, the two men became quite close over the years.

In an interview with TV Insider, The Big Red Machine opened up about The Deadman. Kane said that what might surprise fans is The Undertaker’s sense of humor.

“I think the thing that surprised me the most was Undertaker is funny. He has a great sense of humor. He is just a really good guy. He is sort of a quiet man, but he is just a funny guy who will do anything for you. When you think of The Undertaker and this intimidating presence that we saw for so many years on TV, that ain’t Mark Calaway. Mark Calaway is a warm person.”

At Survivor Series, The Undertaker will hang up his boots, for good this time. After three decades with WWE, The Phenom is set to ride off into the sunset.