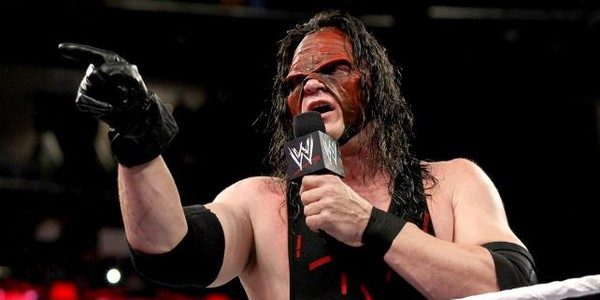 Kane and The Undertaker are names that are seemingly inseparable with the history and legacy that they both have together. Even though they were brothers in kayfabe, they have had numerous matches against each other. Kane has tried to break The Undertaker’s streak two times at WrestleMania.

Recently appearing on the Steve Austin Show, Kane discussed his relationship with The Undertaker. Kane revealed that went to The Undertaker for advice whenever something new came up and he would counsel him. He also talked about how he worried about messing up tombstone piledriving The Undertaker for the first time because he was given a big chance and if he messed that up it would make The Undertaker, who vouched for him, look bad.

“We already had a conversation two years prior when I was Isaac Yankem. That’s a lot of the reason that when I got the Fake Diesel character that it was a lot more successful because I realized what I had to do because Mark already had a conversation, but after the Kane deal it wasn’t like he never stood up and said it, but I understood. A lot of times, again, I’d mess up and feel bad about it and the reason I’d feel bad is because I felt like I’d let him down. He had invested so much in the character. The first night I dropped him. I tombstone pile drived The Undertaker. That never happens. That made me right off the bat and anything I would do to mess that up hurt him because he had done that for me. I would go to him once and awhile and say, ‘So and so wants me to do this,’ and he’d counsel me, ‘Do whatever you want to do, but I wouldn’t do that, if I was in your spot.’ That was awesome for me.”