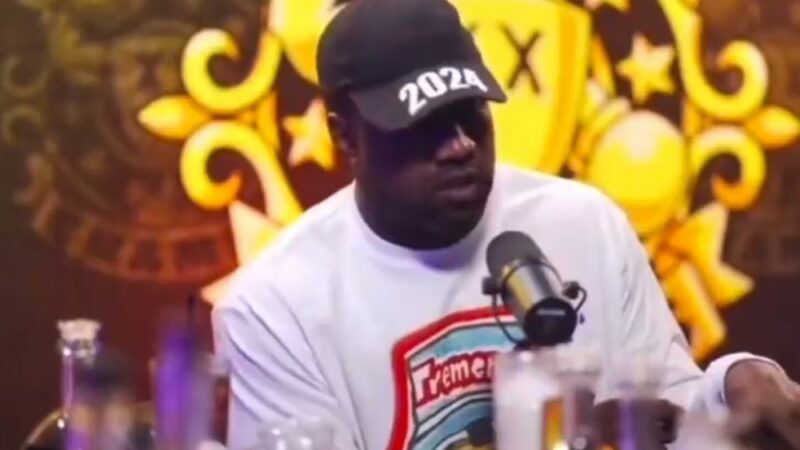 Kanye West(now Ye) has been at the center of a wave of controversy lately, doubling down on his anti-Semitic statements – which saw Amy Schumer scathingly dub him a Nazi during her recent Saturday Night Live hosting gig. Ye has been grabbing the headlines for some controversial reasons recently. This is largely due to him wearing a ‘White Lives Matter’ t-shirt during his Yeezy fashion show. Not only that, he came under fire for his recent anti-Semitic remarks. He stated that he’ll go “Death Con 3 On Jewish People.” West was even accused of saying he loves Adolph Hitler.

Before he bailed on Timcast IRL, West volunteered to “go right to the heart of this anti-Semite claim,” took shots at Donald Trump after having dinner together, and made vague but insistent claims that entities are working to imprison him, possibly over unpaid taxes.

The 45-year-old was flanked white nationalist Nick Fuentes, whose presence at the Mar-a-Lago face-to-face sent Trump’s team into damage control, and Milo Yiannopoulos, whose past is also laden with hate speech. West said he was introduced to the latter by a producer for Alex Jones, the alt-right conspiracist recently ordered to pay $1.44 billion in a defamation suit against the families of Sandy Hook Elementary shooting victims. Trump screamed at West during the dinner, warning him that he could never beat him. After the dinner, Trump proceeded to call Kanye “a seriously troubled man” online.

Now, Ye has once again dropped a racist slur towards Trump and Elon Musk.

Ye takes a shot at Donald Trump and Elon Musk

Shane Cashman of Timcast recently talked about meeting Ye and having a conversation with him after the walkout. When the conversation started regarding Tesla, Ye said:

“One of the big problems I have is whether it’s Trump or Elon… and you know, this is not something to put into the universe, but I know it’d hit: Kim Kardashian, Donald Trump, Elon, and Ari Emanuel all treat me like some stupid ass n**ger.”