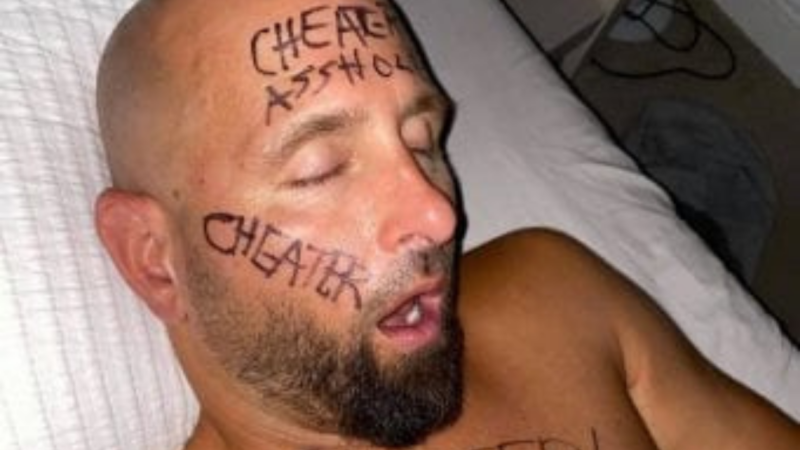 Karl Anderson’s wife recently posted a few stories on Instagram, where she called out her husband for cheating on her. She also referenced how alcohol was a factor. She then posted another story on Instagram where she revealed a text message sent to her by Anderson, where he called her a ”slut.” 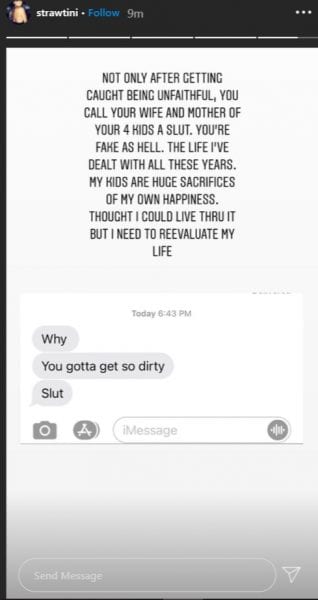 Some fans have noticed that Anderson no longer follows his wife on Instagram. His wife also deleted all associated Instagram stories about her accusing him of cheating, including a photo of him sleeping where she wrote “asshole” and “cheater” on his face.

A follower then commented on one of her posts, where they said: “Last thing I want to say: If you decide you want to delete this don’t. At the very least archive it. So you remember this day, 1-2 years from now. You’ll be in a better place and can look back at this and he’ll end up being nothing more than a lesson (if you move forward with separating). For now, do NOT allow strangers to tell you how to react or cope when you were the one that was deceived.” Anderson’s wife then liked this comment.

Cheating doesn’t mean you have to kiss, meet or have sex with someone else… once you find yourself deleting messages so your partner will not see them, then you already are there 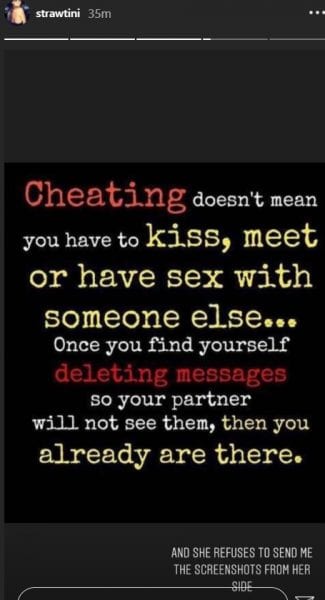 The initial belief was that the posts were over a video game, but it seems that is no longer the case. We will keep you updated on this ongoing story.