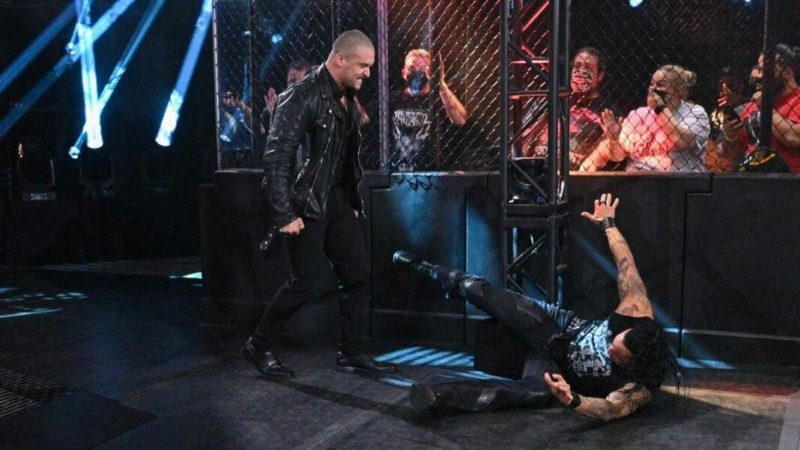 This week’s episode of NXT started with Scarlett making her return, but Karrion Kross was not with her. She sent a message to Damian Priest, but Priest instead took a shot at Karrion Kross.

Later on, in the show, Johnny Gargano was celebrating with his new family in the ring and then Priest came out to interrupt them. He wanted revenge after Gargano and Austin Theory cost him the match at NXT TakeOver: WarGames.

However, as he was making his way to the ring, he was attacked by Karrion Kross next to the ramps. Kross decimated Priest and then put him through a table next to the ramp. Kross was then seen in his car where Scarlett was waiting for him.

Kross is finally back and it seems he has his sights set on Damian Priest. We will have to see how they will book the feud.