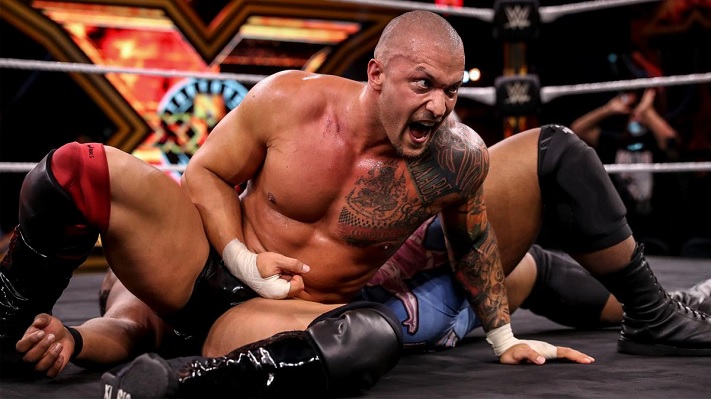 
At the time there were not many details available about his condition but now the former Impact Wrestling star himself has provided some update on his situation.

Kross had an interview with ESPN and talking about the severity of the injury, he said that while he will get a professional opinion on it, his shoulder is definitely separated:

“I will get the professional, educated opinion on what the severity of it is, but it’s definitely separated. I won’t beat around the bush about that. As the saying goes, it’s not ballet. I feel mixed emotions right now. The whole situation is very bittersweet. I think from a natural place, I’m always a very motivated individual. I’m a solution-based thinker, rather than a pity-based thinker.”

Karrion Kross then revealed that he suffered the injury when Keith Lee hit him with a clothesline near the ropes but when asked about possibly missing a significant amount of time, the new Champion replied negatively:

“From my point of view, no. [Due to] how I feel and what I’ve heard, I don’t know. I’m very intuitive with my body and the range of emotion that I have right now, while it’s not what I would like it to be, for me personally, it would indicate to me that I’m going to get be able to get through this without any sort of extreme measures, so to speak. In my opinion, today”