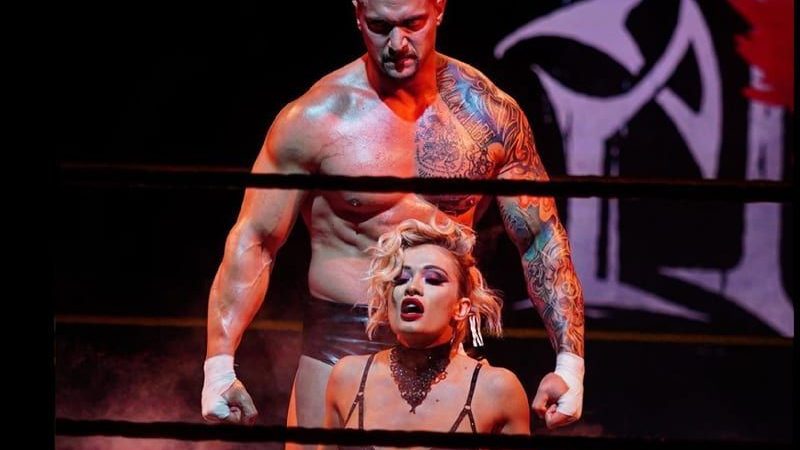 Brock Lesnar rarely appears on WWE television and every time he does, it is for a good reason. He is a special attraction in WWE and it seems Karrion Kross wants to cross paths with him.

Kross and his girlfriend Scarlett have made a big impact after making their debut in NXT. Rumors suggest that Kross could be in line for a NXT Title match as soon as SummerSlam this year.

Kross spoke to Gorilla Position podcast, where he talked about his interest in squaring off against Brock Lesnar at WrestleMania.

“You said WrestleMania? I would say Brock Lesnar. The measuring stick, it depends on the context. The way you would draw up what the measuring stick looks like might be different than the way someone else does, right? For me, the measuring stick would essentially be who can draw the most into a building and who can draw the most attention. I think that he is a guy that transcended sports entertainment. He is in mainstream entertainment. I think that figures like that in our business are pretty important. We always need new fans. We always want to create new fans. I think there are people who can engage the hardcore fans nonstop, easily, no problem, the purists I guess you can say. Then there are people that have a mainstream entertainment appeal. I respectfully don’t know, in my opinion, if he would be the measuring stick as much as The Rock would be the measuring stick. I say that because in terms of generating attention and interest, I think he is the highest paid actor in Hollywood. He came from here. If someone wants to emulate the absolute most success they can find in this business, I would say The Rock is the guy.”

It has not been long since Kross made his debut on NXT and he is already one of the top stars on the brand. It would not be a surprise if he and Scarlett were quickly called up to the main roster and perhaps he could achieve his dreams of facing Lesnar.