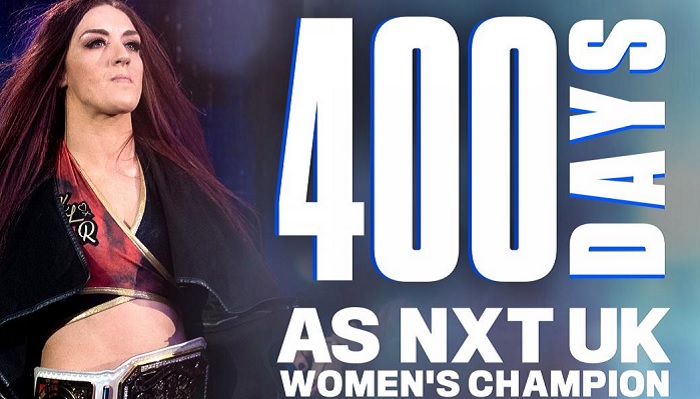 Today marks a milestone day for a reigning women’s title-holder in WWE.

In addition to her own comments about reaching the 400-day milestone as NXT UK Women’s Champion, WWE.com released an announcement to commemorate the occasion. In the statement, which you can read below, WWE promotes the “State of the Union” address that Kay Lee Ray will host on this Thursday’s edition of NXT UK.

KLR has now held the prestigious championship for 400 days, extending her own record for the longest reign in the title’s history. She defeated former best friend Piper Niven in a grueling battle last month to retain her prize.

Be sure to tune in to NXT UK this coming Thursday, as KLR has promised a “State of the Union” address. What will The Scary Queen of Scots have in store?