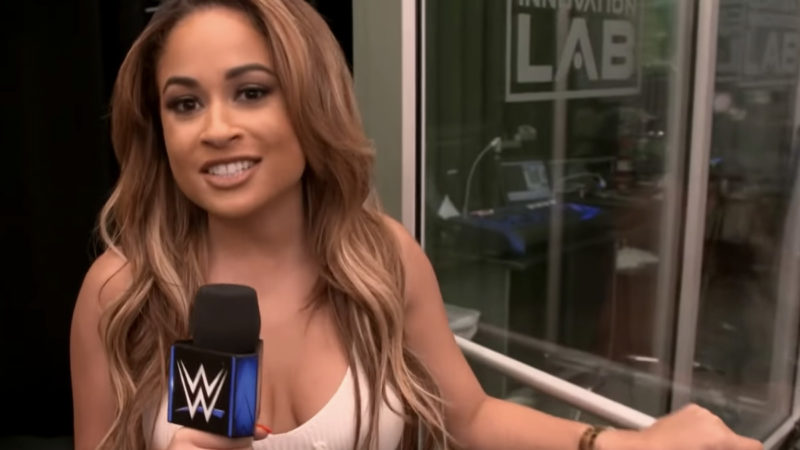 WWE broadcast member Kayla Braxton has made a stunning announcement on her social media account regarding her sexuality and fans have shown great support towards her.

Kayla Braxton reveals she is bisexual

The co-host of WWE’s The Bump and the Talking Smack recently took to her Twitter account and made the announcement. Two beautiful swimsuit photos Braxton has uploaded also resurfaced.

She has been with the company for quite a long time now and has been loved by the WWE Universe in the roles she had been assigned.

She took her time and opened up about identity which she has been secretive of. She stated that she has been dealing with the discrimination from her school days and also dealt with the questioning of her race.

She Tweeted the following:

“My whole lfe, I’ve had to choose. Are you black? Are you white? Which bubble do you fill in on the SATs? I always filled in “other” because nothing applied to me. Tonight, I choose to be over having to choose. Hello world. I’m Kayla. Oh. And yeah – I’m Bi.”

There has been multiple speculations that Braxton wasn’t publishing the image about her sexual orientation. It could be possible that she was in support of being bi-racial, and that could be why she deactivated her account. That apparently is not the case as she tweeted out the bi-sexual pride flag shortly before she posted the comments.

Check out Braxton’s Tweets below:

Many pro-wrestling stars and the fans have shown great support towards her. She began her career with WWE back in 2016, when ahe worked as a ring announcer.