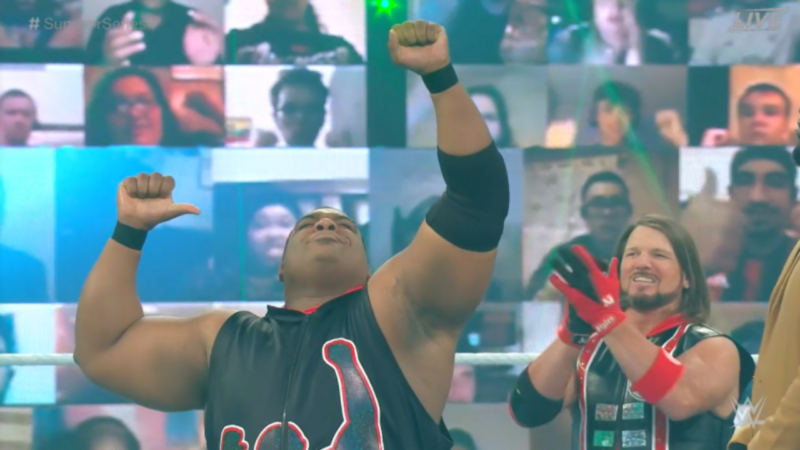 Keith Lee missed this week’s edition of Raw, and according to Dave Meltzer is uncertain for the Elimination Chamber PPV. This may lead to Lashley vs. Riddle one on one for the U.S. title. Lee recently took to social media via Twitter to exclaim that is ‘done’ interacting with his social followers on the platform – at least seemingly, when it comes to the interest of music. In a series of tweets, the former NXT Champion was asked several questions by the WWE Universe. This stemmed from Lee tweeting about his favorite artists in the world of hip-hop. The reason for Keith Lee’s return was recently revealed.

“I dunno why this has been such a question lately, my taste in hip hop specifically. But I shall offer an idea. First, I enjoy all genres. I love most music. But in terms of hip hop, I am a big fan of Tom MacDonald.Few others would be Immortal Technique, J. Cole, and Dax.”

Keith Lee then gave this response to a fan that replied to that tweet: “Oh no Keith, not old macdonald and his “SJW’s are the real problem” farm.” by going “Many are narrow minded unfortunately. One does not have to agree with all things another person believes to appreciate their works. Or to respect the grind they produce to be independent. We likely disagree on some things. Yet, I try to interact occasionally. Perhaps no more.” Keith Lee also broke his silence regarding his WWE hiatus.

Following that, in a response to a tweet which was deleted by the author, Lee discussed morals relative to the music industry: “Yes my morals are pretty simple. I offer respect to people, even if we’re into different things. It is clear that is difficult for you. So by all means”

Lee was then asked who his favorite rock group was by a Twitter user by the name of Kevin Christopher Sullivan, to which Lee replied with the stunning admission: “Don’t really have a fave. But I enjoy Five Finger Death Punch. Slipknot. Fire From The Gods. Killswitch Engage. Coheed and Cambria. Deftones. One OK Rock. Honestly, too many to mention. I enjoy Van Halen as well yes. And that’s it. Won’t offer these interactions going forward.” Keith Lee Mocked this Alexa Bliss & Randy Orton storyline not too long ago.