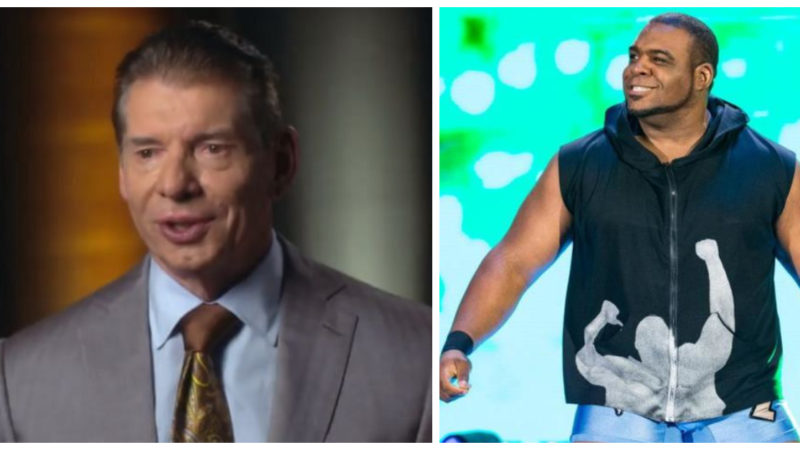 Keith Lee hasn’t been seen on WWE television since defeating Matt Riddle on the February 8th edition of WWE Monday Night RAW. Lee was scheduled to compete in a triple threat match for the WWE United States championship during the WWE’s Elimination Chamber pay-per-view back on the 21st of that month. However, Lee was pulled without explanation from the card. This major Keith Lee update before WWE Backlash just leaked.

However, there appears to be a reason for why we haven’t seen the ‘Limitless One’ on WWE programming as of late as Fightful’s Sean Ross Sapp attempted to clear any rumors that Lee might have fallen out of favor with Vince McMahon and WWE. Sapp proclaimed: “In regards to speculation of Keith Lee “falling foul” of Vince McMahon, I’ve never heard that. The last update I heard is he wasn’t cleared.”

Lee’s fiancé Mia Yim was set to re-emerge on WWE Smackdown two weeks ago. However her segment was pulled at the very last minute. She did not appear during this week’s edition of the show – however, the plan at the time was for her to get into a feud with Carmella. It is unclear when she will actually return and if that particular angle will go forward on WWE Smackdown.

In regards to speculation of Keith Lee "falling foul" of Vince McMahon, I've never heard that. The last update I heard is he wasn't cleared