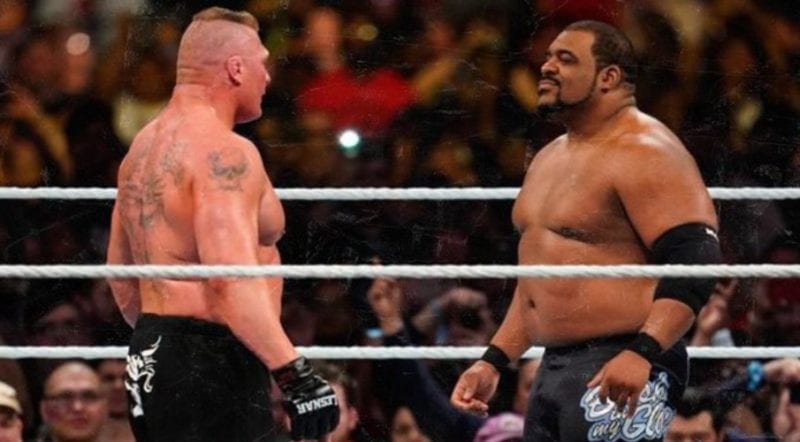 Keith Lee made a grand PPV debut at Survivor Series and he then went on to have a big moment at Royal Rumble as well where he confronted the current WWE Champion Brock Lesnar during the Battle Royal.

Lee discussed his Royal Rumble spot during a recent interview with SuperSport and said that in the moment, he felt like that’s where he was supposed to be:

“In that moment it felt like that was where I was supposed to be,” Keith told SuperSport. “Even though I feel like it was slightly unexpected the reaction that I got from 42,000 people. They really wanted Keith Lee to show out. They got something special in my opinion…”

Discussing a potential future match with the Beast, the NXT star said that there is a chance for that and he feels like he can go toe to toe with the WWE Champion:

“Maybe in the future, there is a chance that there is Keith Lee versus Brock Lesnar in a one on one match. I feel like I’m one of the few that can go toe to toe with him… Hopefully, that can come to fruition.”