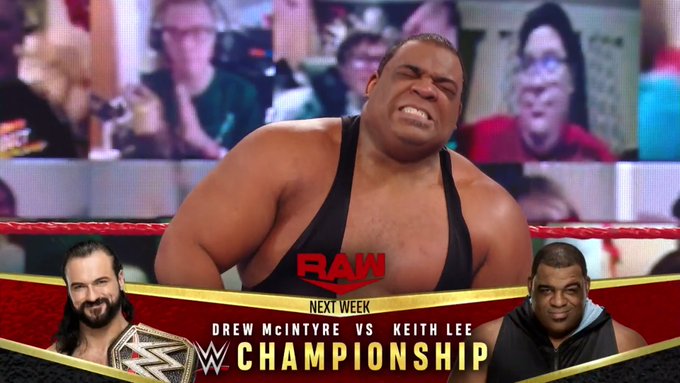 On Monday Night RAW, Keith Lee was set to face Sheamus to determine Drew McIntyre’s next opponent. The WWE Champion sat ringside, as the match kicked off the show.

It was as hard-hitting as anyone could’ve wanted. If you’re looking for a hoss fight, this was it. Keith Lee and Sheamus tore the ThunderDome down tonight, throwing nothing but bombs from bell to bell.

It actually started prior to the match, as Sheamus managed to catch Lee with a cheap shot. Even though he hit two Brogue Kicks, it wasn’t enough to give him an advantage against the Limitless One.

After a long, vicious war, Keith Lee planted Sheamus with the Spirit Bomb for the victory. He’ll challenge Drew McIntyre for the WWE Championship on RAW next week.

Will we see a new WWE Champion on Legends Night?