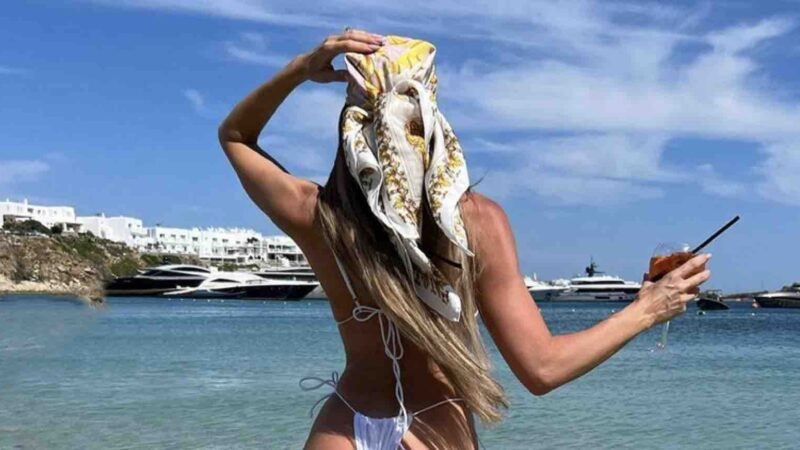 Kelly Kelly and Maryse have posted new photos showcasing their backsides, as seen below from Instagram.

WWE Hall of Famer Ric Flair recently reminisced a backstage moment when he became emotional during a meeting with WWE Chairman Vince McMahon. It turns out the meeting was about his WWE status in 2007.

The 16-time world champion took exception to WWE asking him to advertise a show in Columbia, South Carolina that he was not even booked on. He noted that he also failed to understand why he was once told to team up with Torrie Wilson against Carlito and Victoria.

Speaking on his To Be The Man podcast, Flair explained that he allowed Victoria to throw him around “like she was Ricky Steamboat.” Following the match, he had a brutally honest conversation backstage with Vince McMahon, which resulted in him quitting.

“I walk into Gorilla [backstage area] and Vince said, ‘What the hell are you doing?’” Flair said. “I said, ‘I’m working with a girl. I made her look like who she is, a great worker.’ ‘Who booked that match?’ ‘I don’t know, somebody right here. You just watched it.’ That was the exact conversation, and I quit.”

Flair attended a meeting with Vince McMahon alongside two lawyers. The Nature Boy, who was coming to the end of his WWE career at the time, broke down in tears in front of his former boss.

[Vince McMahon] chewed my a** out and I started crying and said, ‘Okay,’” Flair said. “He cussed out my lawyers. He said, ‘Who the f*** are these two j*ckoffs? You’ve got a lot of balls to bring a lawyer into my office. Aren’t you man enough to talk to me man to man? I hate lawyers. I hate my own f***ing lawyer!’”