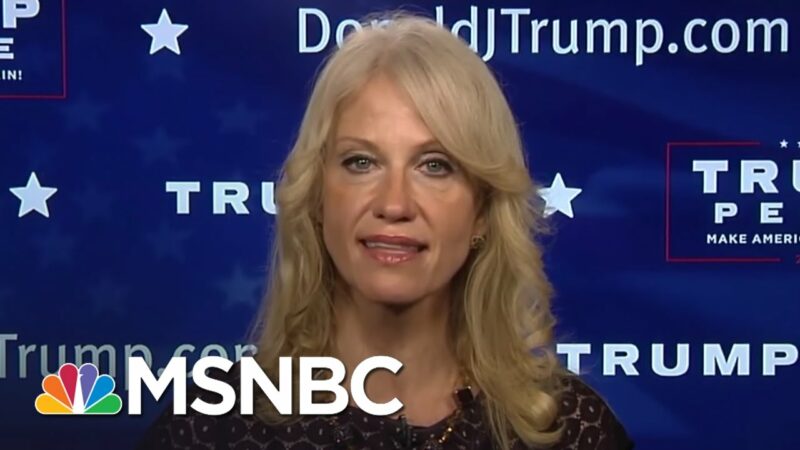 She believes that it would be “a fool’s errand” to write off former President Trump in the 2024 presidential election as he is beset by criminal investigations and low poll numbers and other Republicans mull entering the race. She said despite his alleged illegal crimes, he ‘eludes prosecution.’

“Shrugging off Mr. Trump’s 2024 candidacy or writing his political obituary is a fool’s errand — he endures persecution and eludes prosecution like no other public figure. That could change, of course, though that cat has nine lives,” Conway, who is also a Fox News contributor, wrote in a guest essay for The New York Times.

“At the same time, it would also be foolish to assume that Mr. Trump’s path to another presidency would be smooth and secure,” she continued. “This is not 2016, when he and his team had the hunger, swagger and scrappiness of an insurgent’s campaign and the ‘history be damned’ happy warrior resolve of an underestimated, understaffed, underresourced effort. It’s tough to be new twice.”

Conway, who served as Trump’s campaign manager in 2016 noted that in order for Trump to be successful in 2024, he needs to focus his campaign away from his baseless allegations about the 2020 election, refocus his sights on “the forgotten Americans, who ushered him into the White House the first time” and stop insulting other Republicans.

Her op-ed at times read like an advice column for the former president, noting that she’s not affiliated with his 2024 presidential campaign:

“The case against Trump 2024 rests in some combination of fatigue with self-inflicted sabotage, fear that he cannot outrun the mountain of legal woes, the call to move on, a feeling that he is to blame for underwhelming Republican candidates in 2022 and the perception that other Republicans are less to blame for 2022 and have more recent records as conservative reformers,” she said.

It has been noted that Trump is the first Republican to officially announce a run for the White House in 2024. Meanwhile, other Republicans such as Florida Gov. Ron DeSantis, former Vice President Mike Pence, former Secretary of State Mike Pompeo have been floated as potential presidential hopefuls, though they have not yet thrown their hats into the ring.  President Biden, meanwhile, is expected to announce a second run at the White House later this year.