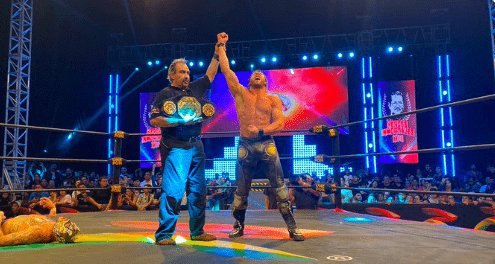 The Cleaner and Fenix went at it in a jaw-dropping match with both men bringing their A-game to the squared circle. However, after hitting his iconic finisher – The One-Winged Angel, Kenny Omega pinned Rey Fenix and became the NEW AAA MEGA Champion.

After the match, the Cleaner mocked Fenix with the title and left the ring in celebration.

This is certainly not the end of the two’s rivalry. It will be interesting to see if the rivalry will make it’s way to AEW or remain in AAA.