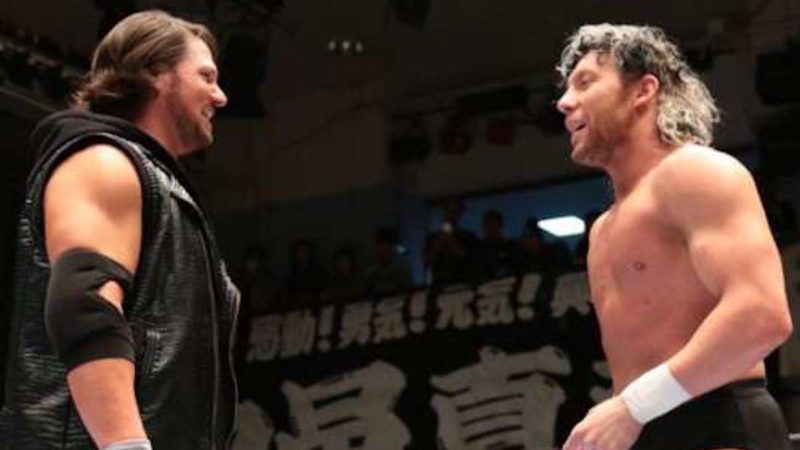 AEW World Champion Kenny Omega and WWE Superstar AJ Styles share a special bond with each other as former members and leaders of Bullet Club. The two men have gone out of their way to praise each other on multiple occasions and have wanted to work together again in the future.

A fan recently shared a video of AJ Styles defeating Hiroshi Tanahashi 6 years ago in New Japan Pro-Wrestling. Omega noticed this tweet and revealed an interesting backstage detail about the aftermath of the match.

Omega said that there was a “friggen bloodbath” backstage after this match and both the Superstars needed to be stitched up with multiple stitches.

There were a lot of stitches after this match. A friggen bloodbath

Both Styles and Tanahashi put everything on the line in their match from 6 years ago and it is widely regarded as a true NJPW classic. Omega was still wrestling in the Junior Heavyweight division of the promotion at the time but he would soon become a Heavyweight and go on to capture the IWGP Heavyweight title himself.
Currently, all three men are at the absolute top of their respective promotions and it would be a dream come true for a lot of fans if their paths come together in the future.