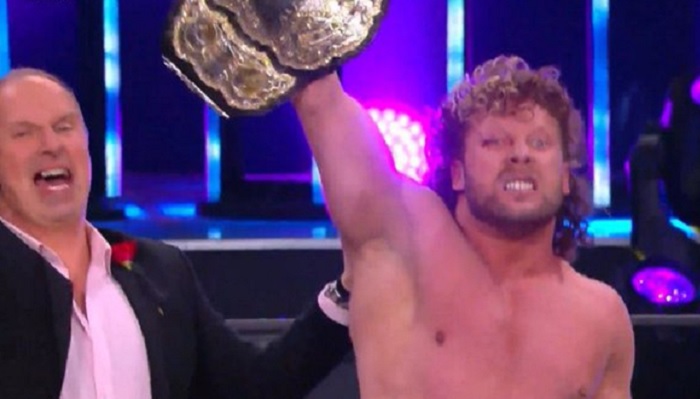 AEW Champion Kenny Omega recently appeared on the Talk Is Jericho podcast. The ‘Best Bout Machine’ discussed a number of topics during his time on the show. One of these included his competition in All Elite, and the fact that he believes there’s only three talents even on his level in the company.

Aside from Chris Jericho, whose podcast he appeared on whilst making the claim, Omega would say that PAC and Jon Moxley are the only other two.

“We’ve got PAC, one of the greatest…I would say probably the greatest raw athlete on the roster, I can easily say that. I’m good at what I do because I mix the athletic with what I have upstairs. But PAC just has it so naturally in his body, in this genes.”

“Moxley is up there. Jon Moxley is more cerebral as well, and he’s just tough as nails, way tougher than I am. I never said I was a tough guy! I can absorb a lot of punishment, but do I want to get hit in the face? No. Do I want to mess up this quaff? No. These curls take a lot of scrunching.”