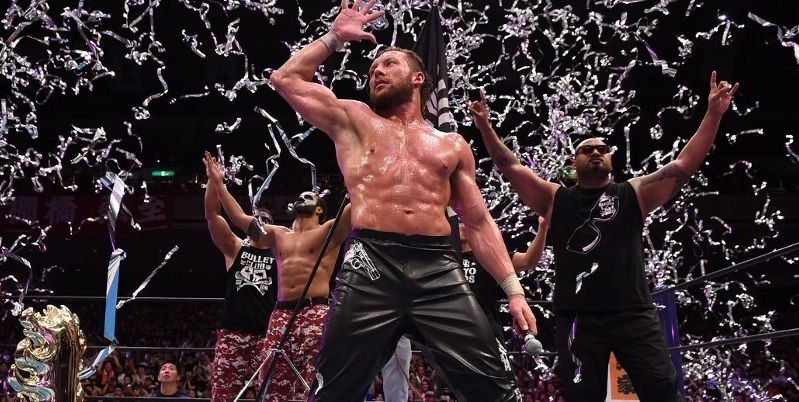 One of the biggest stories of 2018 came in last week when Kenny Omega defeated Kazuchika Okada to become the brand new IWGP Heavyweight Champion.

The Cleaner and the Rainmaker put up a 7-star classic that will go down in the history books as one of the greatest pro-wrestling matches in history.

Sports Illustrated had the chance to have a brief chat with the new champion recently.

In this interview, Kenny Omega talked about what the fans could expect from his title reign and his journey to the top of the mountain.

Omega opened up by talking about sticking to some of the intrinsic virtues that helped him get to where he is. These virtues accompanied by Omega’s love for NJPW played a huge role in his victory.

I think those are things always synonymous with a good team player. Of course there will be moments when you ask for the ball or even take the ball by force but, in my case, I always kept the company’s best interest in mind moving forward and put myself in positions to contribute positively even when I wasn’t the focus of a story.

Furthermore, Omega claimed that he may never topple the feats that Okada has achieved as the champion. He said that he is cut from the cloth of creativity and possesses the ability to draw raw emotion from the audience.

In a wrestling sense, what Okada accomplished is something I can never top. I excel in my creativity and ability to draw raw emotion. From these, I’ll tell stories different from Okada’s reign. It won’t necessarily be worse or better, but it will certainly be different. From that, I hope I can add layers of character to everyone I work with.