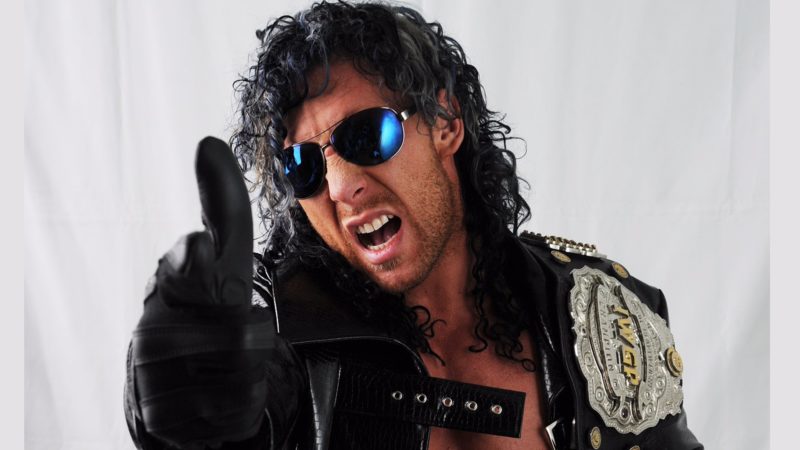 On The New Day challenge: “I think what people need to focus on, and by people I mean companies, we need to focus on putting our best foot forward for the sake of pro wrestling. It’s not just about, ‘It’s my company versus your company and as long as I’m making more dollars and cents than you we’re better.’ Who cares? If we make pro wrestling better as a whole everybody’s making more money. So the best thing to do is to take the hottest acts, regardless of where they’re from, let them go at it. People want to see these dream matches, let them see it. That’s why we took it upon ourselves to challenge New Day. Did we have New Japan’s blessing? Of course not. Are we going to get in trouble? Maybe. I don’t know. We haven’t heard yet. But we’re just trying to make a statement. We’re trying to for lack of a better term, bait these guys out into changing, helping us change pro wrestling. At the end of the day, if this match does happen, I don’t want to be the guy to take credit for it, I just want to be a guy that said, ‘I was part of something special,’ but myself and the Young Bucks we’re being the guys to instigate it. We’re the ones that are showing that we first have no fear, we’ll put ourselves out there, we’re not afraid to get in trouble, we’re not afraid to take a chance on something that would otherwise be a huge faux pas. So call it a challenge, call it an extension of an olive branch, it is what it is. We want to wrestle the best and we want to give the fans the best.”

On The Elite and the Bullet Club: “My hope for the Bullet Club and for The Elite is that going forward we aren’t just the same old Bullet Club trying to pick up the pieces and trying to re-hash the same old ideas. For me to be the new A.J. or for me to be the new Prince Devitt, I don’t want that, I want to be my own person, I’ve always wanted to be my own person. Now that I’m sort of in a position to be a leader and to sort of set the new standard, a new rule, I think it’s just easier to call myself The Elite with the Young Bucks because they’re the ones that truly supported me from day one. They’re the ones that accent everything that I do that no one else can do. We accent each other we help each other. They’re the guys that are always with me in the think tank. They’re the guys that are always striving to push ourselves to be crazy or to be better. I mean yeah we have a Bullet Club, that’s that’s that’s the New Japan thing. We’ve got cool merchandise, people like wearing the design, people like wearing the shirts, that’s fine, but in terms of identity, we want to be known as the Elite.”

You can listen to the interview here.