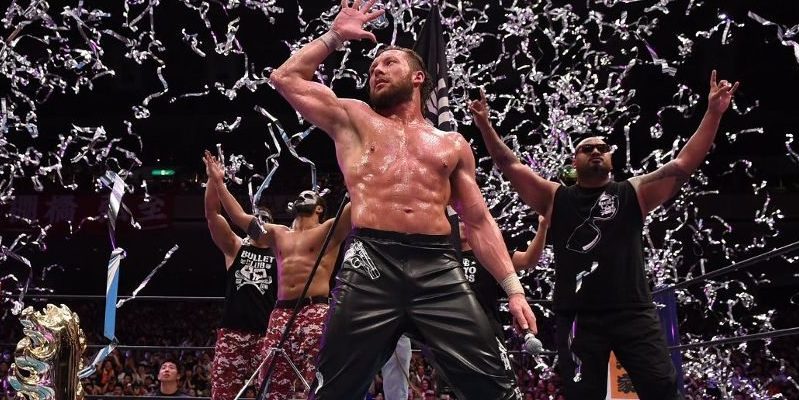 Kenny Omega was recently interviewed by ESPN to discuss his career inside the squared circle. You can check out some highlights from the conversation here:

On the Japanese culture:

“I loved Japanese culture before even realizing it was, in fact, Japanese culture. The cartoons and anime I was watching as a child, my favorite video games and even in pro wrestling — my favorite wrestlers and matches originated in Japan. Learning Japanese was certainly a task, but my passion for the culture, as well as my will to communicate with fans and friends, always encouraged me to continue.”

On his performance at G1 Climax:

“I was very proud of my performance as a whole in the G1. I’d said it before, just being in the G1 was never enough. I wanted to secure the match of the tournament and become the MVP. I wanted every match of mine to be very distinctly different from one another. It left me mentally drained, but I’m happy with the result. It’s every day, and it never eases up. There are days when you have tag matches, but you need to prepare for your next singles match on that same day. You also have to maintain your physique, rehab injuries, monitor your diet, appease your sponsors, do fan meet and greets. Although there are similar schedules to this out there, none commands the level of performance the G1 does: pay-per-view-quality matches every night for the better part of a month.”

“I’m very proud to say I have won six match of the year awards in Japan. I main-evented a sold-out Budokan Arena show, I participated in the first-ever ladder match in NJPW, made the transition from junior to heavyweight and earned a G1 win with a series full of performances that I’m personally very proud of. Any time I broke through the ‘glass ceiling’ by accomplishing things that foreigners weren’t apparently able to do, they’ve been huge personal victories and career highlights for me.”