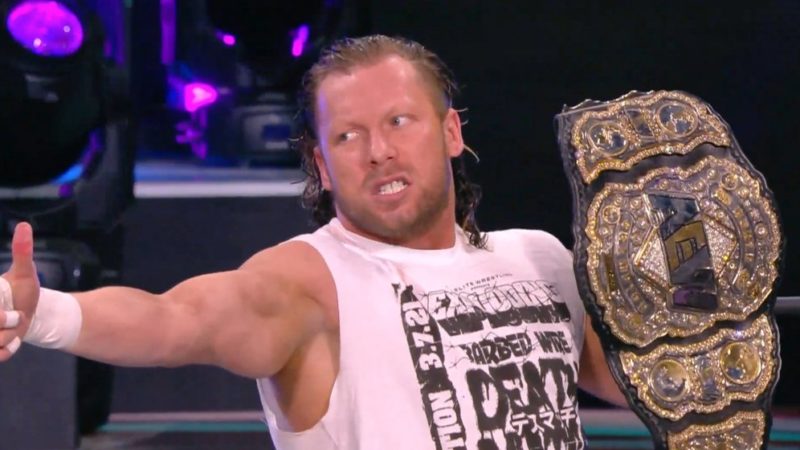 WWE veteran star Daniel Bryan is widely recognized star who has gained success wherever he has worked. His in-ring prowess and technicality is unmatched. But, the AEW star Kenny Omega is often praised by everyone for his similar in-ring abilties. It is a dream match for everyone to witness but interestingly they have crossed paths previously in a promotion.

During a recent interview with Robbie Fox, Daniel Bryan recalled one of his matches with AEW star Omega at Pro Wrestling Guerrila. He then lauded the AEW star for his ‘genius’ take on wresting. AEW Star Claims Big WWE Name Is ‘Racist’

“I have a lot of respect for Kenny Omega and it’s not just the great matches that he has put on. It’s also that he looks at wrestling differently than anybody else. When you look at, say like, Young Bucks who you would think of in a similar vein. It’s like a genius take of the wrestling that they loved when they were younger and mimicking it but also like evolving from that and evolving from the takes from that.” Bryan added, “With Kenny, it doesn’t have a previous evolution. It’s just these completely new things that enter his head that he’s daring to try.”

Many years have passed and they both have excelled in their own paths. Kenny Omega is currently the AEW World Champion and Impact Wrestling World Champion. Omega tweeted in response, “He gets it. Go figure, right?” An interesting tweet with Bryan’s contract expiring with WWE soon.

Daniel Bryan is set to challenge Roman Reigns for the WWE Universal Championshipon this week’s edition of Friday Night SmackDown and his status as a blue-brand star is also on the line. It is to be seen what outcome we will have.