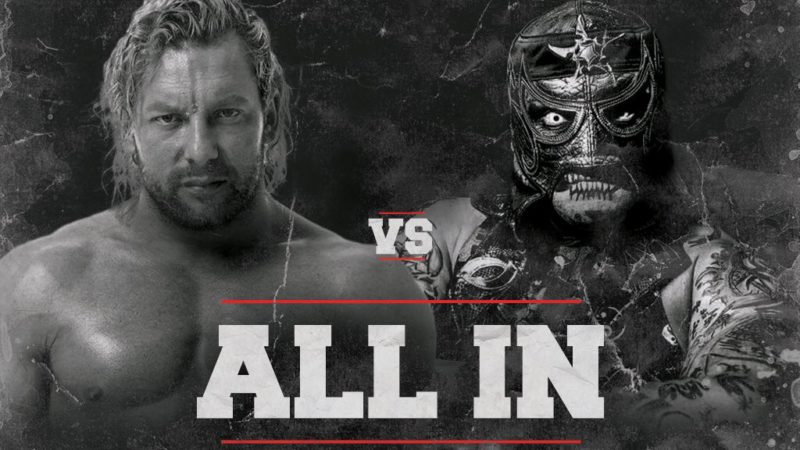 With All In only a few weeks away, the card is still being revealed, slowly but surely on “Being The Elite.” On the latest episode, we finally found out who Kenny Omega will be facing in Chicago.

After Kenny and Kota Ibushi’s match in the G1 Climax, the Golden Lovers were backstage catching their breath. The Young Bucks then decided it was the perfect time to reveal to Kenny that he would be wrestling a singles match, to the champ’s chagrin.

After a bit of complaining from the Cleaner, the Bucks told him that he would be facing the former Lucha Underground and Impact World Champion Pentagon.

With the latest announcement, this is the current card for All In: