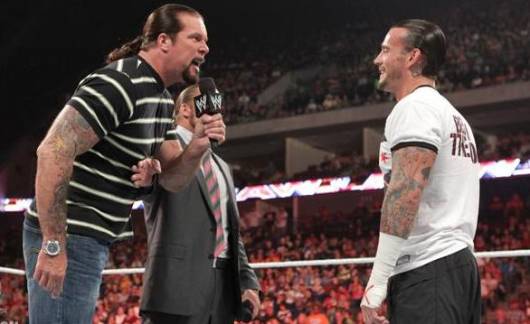 CM Punk and Kevin Nash had a nice little thing going which had some promise but nothing really materialized out of the situation. If it would have happened, this feud might have been one for the record books leaving many fans wanting more from the man formally known as Diesel.

Kevin Nash recently appeared on X-Pac’s 1,2,360 podcast where he went into some detail about why his feud with CM Punk never came to fruition.

“I don’t know if they (WWE) wanted it to happen. When I came back… I had never been there when it was “this is your script and you have to follow it.” So I get there (WWE) and I’m reading his lines and he’s burying me and I have no rebuttals… It’s one of those situations and you know Paul (Triple H) is one of my best friends on earth… I would’ve liked to see what he (CM Punk) would’ve done if I would’ve just went up there and just bear pawed him in the face. But Paul (Triple H) was the boss.”