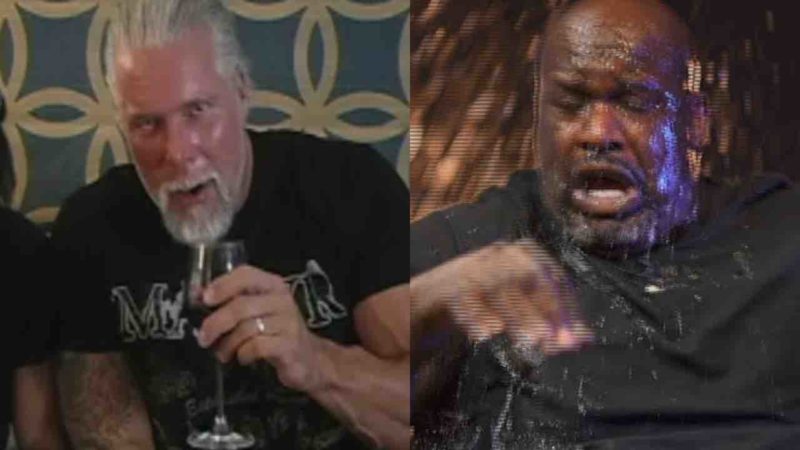 Cody Rhodes, the Executive Vice President of AEW, stated how happy he is for an upcoming edition of AEW’s flagship show – Dynamite, including his tag match against Shaq. Wrestling-Edge transcribed the interaction. During that event, Rhodes is set to take on NBA icon Shaq in a tag match also featuring Red Velvet and Jade Cargill. This top professional wrestling star recently took a shot at Kevin Nash & Scott Hall.

Rhodes posted: “Thank you @nypost for the chat – Excited March 3rd and a very special edition of @AllEliteWrestling Dynamite.”

To which a fan by the name of prowrestlingpics asked the simple question of “why, why why???” This, in turn, drew the attention of professional wrestling icon and Hall of Famer Kevin Nash who completely eviscerated the account with facts and logic by replying with the following: “Shaq is a TNT legend and is involved with over 50 companies in a spokesperson position. Quite being a bunch of marks. You’re watching free TV. Shut the he’ll up and watch.”

Fans responded to the burn on the SquaredCircle subreddit in droves, one user named LoudKingCrow wrote: “This is a good mindset to have with all wrestling and not just the celebrity appearances to be fair. Everything on a show, or in wrestling at large for that matter, doesn’t have to cater to me or you specifically. All of the most annoying/toxic elements of the fandom, including people like Cornette or similar highly opinionated public figures in the industry. Share that element. They all think that on some level the entire industry has to cater to their particular taste. And if they don’t then it is garbage backalley mudshows or whatever they call it.” Kevin Nash lamented on the state of current professional wrestling late last year.

While FeatheringItBrother exclaimed: ” I understand people getting annoyed if the celebrities involved are genuine nobodies. But the last two involved have been Bad Bunny, one of the biggest musicians in the world, and Shaq, one of the most popular and greatest NBA players ever and is still on TV every night. Wrestling is part of pop culture and AEW is on mainstream television every Wednesday night. Shaq brings a lot of eyes to the product, many non-fans out of curiosity. If you don’t want celebrity involvement and just straight-up wrestling, then you can watch Ring of Honor.”