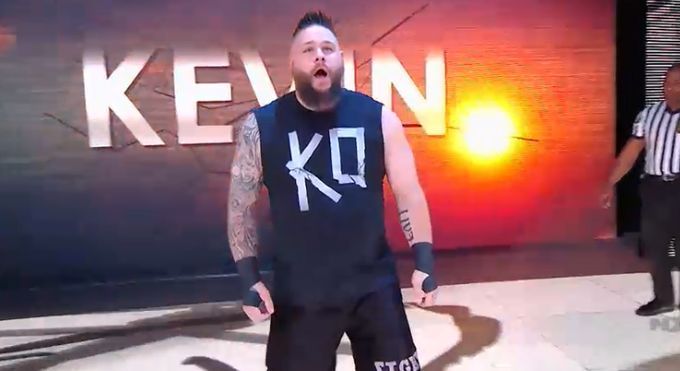 Kevin Owens became the talk of the town when he returned to NXT at Takeover: Wargames 3. However, it is clear that The Prizefighter will continue to be part of the RAW brand and judging by the events of last week’s RAW, he will be feuding with Seth Rollins.

Owens recently spoke to Corey Graves on After the Bell podcast and revealed why he wants to be a polarising figure such as John Cena or Roman Reigns.

The former Universal Champion stated that he believes a mixed reaction creates a great atmosphere, and also spoke about how he has strived for a reaction similar to Roman Reigns:

“Roman for a long time had the same kind of vibe going, so I’ve always strived for that kind of reaction. Of course, if a reaction is overwhelmingly positive, that’s great. Or if you get a lot of heat, that’s great too. But I think being in the middle isn’t a bad thing, I actually think it’s really great. Very few people will get to the point where they’re as admired as they are despised.”