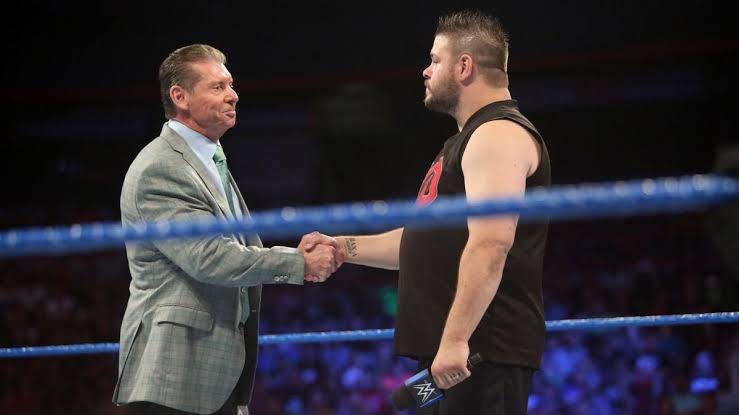 Kevin Owens, the WWE star discussed about the relationship that he shares with Vince McMahon during an interview with Bleacher Report Wrestling

Owens said, “As far as the personal stuff goes, whether it’s the handling of the virus or anything else like that, his door’s always open,” said Owens. “I’d say we’ve discussed life matters more than anything wrestling-related over the past few months.”

“I don’t know if he has that kind of relationship with everybody, but I’m pretty comfortable telling him anything I need to tell him and he’s always very receptive. He won’t always agree, but that’s the nature of humans and conversations, so I’d say we have a good relationship.”

He revealed that he sometimes doesn’t feel good to talk with Vince until he performs the way it is expected.

“There have been times where I almost didn’t want to go back in his office to talk to him until I felt like I delivered what he wanted. Then, I could look him in the eye and say, ‘All right, what’s next?'”

Kevin Owens faced defeat on the latest episode of Friday Night SmackDown against The Fiend.