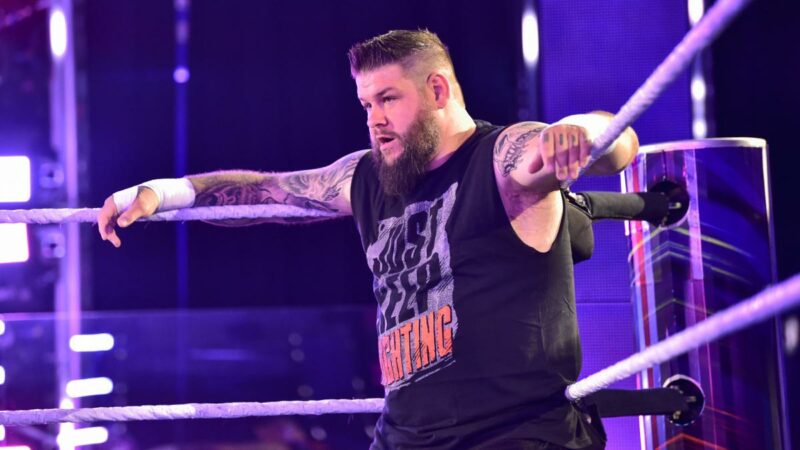 After several recent WWE absences due to the virus, Kevin Owens was not on Raw last night, though it’s unknown why he missed the show. Owens’ wife said the virus had hit their home last week. The former WWE RAW General Manager Eric Bischoff recently opened up on appearing on the final Monday Night RAW of 2021. Eric Bischoff has had a unique relationship with professional wrestling since leaving it on a full-time basis after his run as SmackDown executive producer came to an end. His podcast, 83 Weeks, allows him to relive his glory days while also making new connections in the world of wrestling, and in the past couple of years, he has appeared for both WWE and All Elite Wrestling (AEW). Eric Bischoff also recently dropped some news on Hulk Hogan’s health status.

On the final Monday Night Raw of 2021, Eric Bischoff hosted the vow renewal ceremony of The Miz & Maryse and as usual the segment ended in a huge mess. Eric, Miz, and Maryse, all got drenchedin a broodbath courtesy of Edge but Eric Bischoff revealed having a lot of fun during the appearance. He explained on the new episode of 83 weeks what led to the segment.

He recalled receiving a call from Bruce Prichard and how he made an offer to visit Monday Night RAW for the segment. When he got to the arena, Eric stayed to himself but was surprised to learn that WWE Chairman Vince McMahon, Bruce Prichard and Kevin Dunn were all absent from the arena that day.

“I’m not the guy that wants to go around. Say hi to everybody and make sure everybody knows I’m there. I went right from the car, the drop me off at the venue, right into my dressing room and I stayed there and I figured, okay, well, when Bruce’s done or Vince is done, doing what they have to do, they’ll come and get me or send somebody to come over and see them or whatever. It’s about four o’clock in the afternoon. 4:30 I’m going out. I haven’t heard from Bruce yet. Finally, Ryan Ward. One of the writers came in. Ryan’s a good dude. Ryan says, ‘Hey, just so you know, Bruce isn’t here tonight. He isn’t feeling well. Okay, I get that. I said, ‘Where’s Vince?’ Well, he is not here either.’ ‘Okay, well, I’m gonna go out to the truck and say hi to Kevin. Kevin.’ ‘Kevin is not here either.’ Okay, let’s do this thing.”

The angle between Miz & Maryse is now leading to a mixed tag team match which will see them against Edge and Beth Phoenix at the Royal Rumble on January 29.