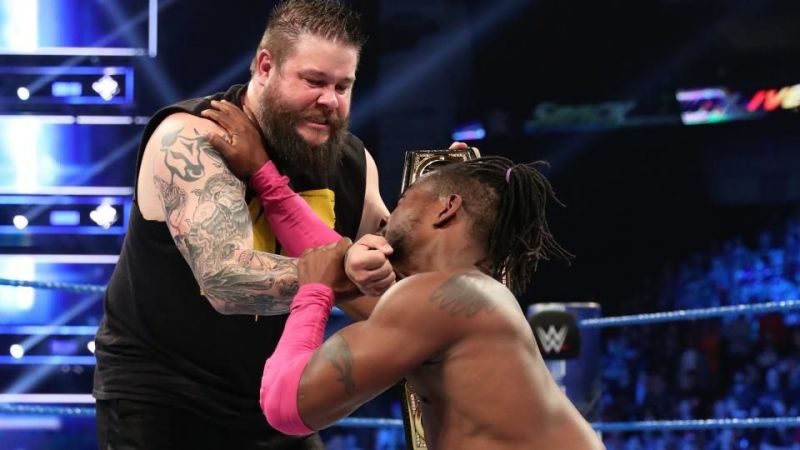 Kevin Owens joined the New Day last week as an honorary member of the stable, but that didn’t last long at all as Owens turned heel this week on Smackdown Live.

In the main event, Kofi Kingston took on Shinsuke Nakamura in a non-title match and had a solid 20-minute match until Rusev jumped in to interfere and cause the match to end via disqualification.

The New Day saved Kofi, but then Kevin Owens hit a Superkick to Kofi Kingston and then started beating down on him. Owens picked up the WWE Title and told Kofi that he didn’t deserve it.

It appears @FightOwensFight is all out of positivity. #SDLive pic.twitter.com/woPZlgIbzB

While it hasn’t been officially announced yet, Kevin Owens will most likely be challenging Kofi Kingston for the WWE Title at Money In The Bank on May 19th.

We will have to see how their feud is built up before the pay-per-view.