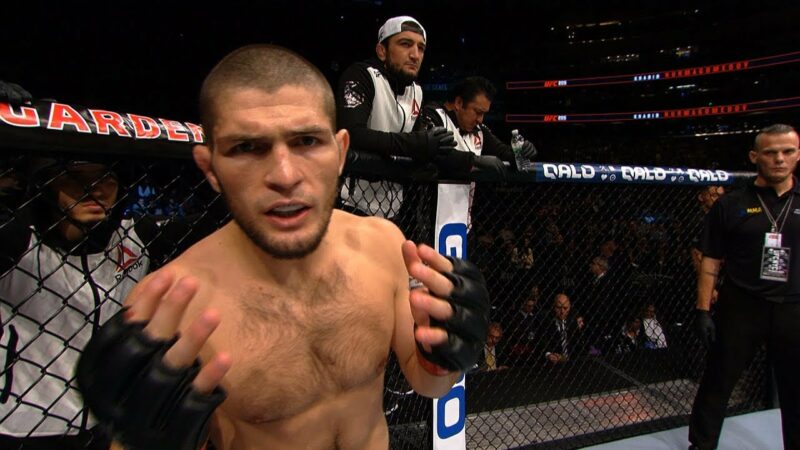 Khabib Nurmagomedov is undoubtedly one of the best MMA fighters in the history of the MMA world and finally ended his career while still being undefeated and at the top. Since his retirement, Khabib has been enjoying life in other ways. Khabib also revealed UFC’s short and fat heavyweight.

Nurmagomedov’s last professional MMA fight took place back in October 2020. He earned a second-round submission victory over Justin Gaethje to successfully retain the UFC Lightweight Title. After the bout, an emotional Nurmagomedov told Jon Anik that his fighting career is over. He mentioned a promise he made to his mother of never fighting again after the death of his after Abdulmanap.

Khabib Nurmagomedov recently took to his Instagram and uploaded a video of himself working out. In the clip, he asked where Javier Mendez and said his famous “Send me location” line.

Mendez admitted that the former 155-pound king does miss stepping inside the Octagon while speaking to Betway Inside.

“I guess you could say he wants to fight again – but absolutely not because his mother would have to give him permission before any of that. I mean, he misses training, he misses fighting.

“I took it as he misses being around me and coaching. Our relationship is more than fighting, that goes beyond fighting. It’s not a relationship like: ‘ok I’m done with my career, you know, my coach and I were just distant friends’. No. We’re family, we grew with each other. They’re family to me and we’ll always be in each other’s lives for the rest of our lives.”